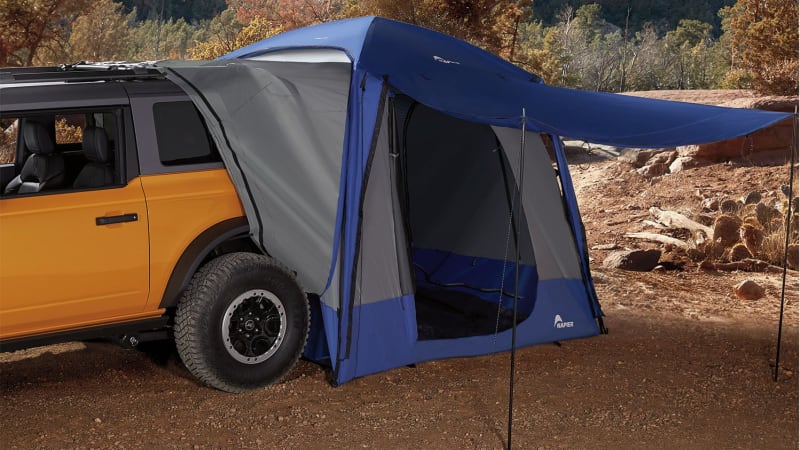 Fans of the 2021 Ford Bronco can not only spec their ideal build on the official configurator but can even more fully outfit their Bronco now that Ford has launched the official accessories catalog online. The site lists 198 Ford Bronco accessories including mechanical upgrades, appearance items, all manner of racks, various soft tops, and a whole lot more.

Of course, there are numerous racks to bring it all with you, and harnesses for your canine co-pilot. Hitch extensions and a trailer brake controller ($339) allow you to bring even more.

Some items have delayed availability — much like some versions of the Bronco itself. Among those later-arriving items are a Ford Performance off-road suspension kit, Ford Performance Sport Muffler, and bead-lock wheel trim rings.

Buyers who order their accessories at the time of purchase can roll that cost into the financed amount, which is one advantage to buying through Ford rather than in the aftermarket. We expect to see even more wildly kitted out Broncos in the coming months — and we’d be surprised if Ford’s new SUV didn’t have a major presence at SEMA this fall.