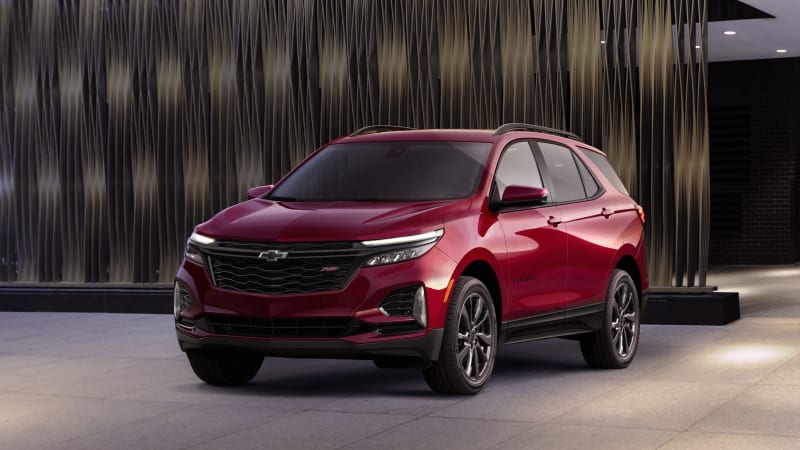 The 2022 Chevrolet Equinox is finally here, and it’s getting a price bump. With the discontinuation of the value-leader L model, the cheapest Equinox trim is now the LS at $26,995 (including $1,195 for destination).

According to the rest of the ordering information spotted by CarsDirect, there’s better news for those looking to pick up a nicer variant of Chevy’s compact crossover. The LS is actually a bit cheaper than its outgoing equivalent, and that trend continues on up the line. The LT, which is a high-volume model, is $700 cheaper for 2022; the Premier’s MSRP is down $500.

The 2022 Equinox is a mid-cycle update, not a complete overhaul. The updated Equinox was originally slated to be released for the 2021 model year, but that was pushed back by pandemic-related supply chain and manufacturing delays. Since then, we learned that its engine lineup would be altered, with the 2.0-liter turbo engine being dropped without a confirmed replacement, though rumors point to a replacement being ported over from the Cadillac XT4 and updated Buick Envision.

That upgrade was originally expected to return for the 2022 model year, but with the aforementioned delay pushing production back, it may not arrive on schedule. Given the one-year adjustment to the 2022 model’s launch, 2023 would be the smart bet, provided it pans out at all. For now, the big news for this update is the introduction of a new RS trim, which doubles as an appearance package and popular equipment bundle. It will include a gloss black grille, “Dark Android” 19-inch wheels, black interior and exterior badges and side rails, an “RS” stylized shift knob and black interior upholstery with red contrast stitching.