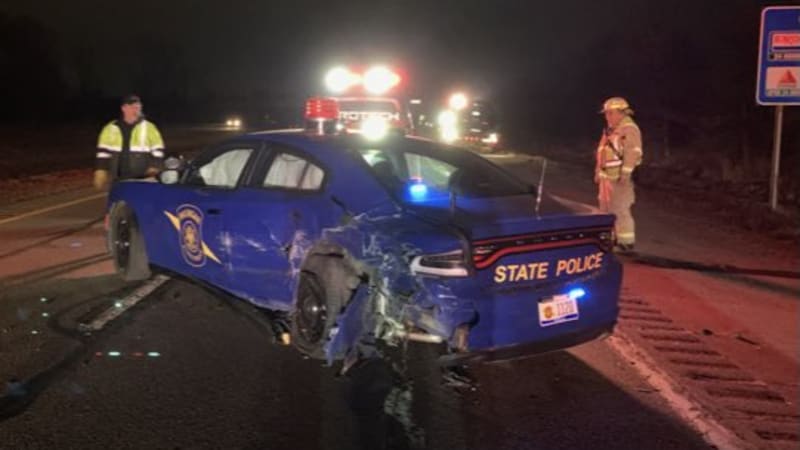 WASHINGTON — The U.S. auto safety agency disclosed on Thursday it has opened 25 investigations into crashes of Tesla vehicles, 23 of which remain active, and at least three of the crashes occurred in recent weeks.

The National Highway Traffic Safety Administration (NHTSA) confirmed Thursday that it will send a team to investigate a recent Tesla crash in the Houston area. Two of the 25 NHTSA investigations have been completed and the results published.

Earlier this week, NHTSA said it was sending its special crash investigation team to probe two crashes in Michigan, including a crash early Wednesday involving a Tesla suspected of being in Autopilot mode when it struck a parked Michigan State Police patrol car.

NHTSA said in July that its “(Special Crash Investigations team) has looked into 19 crashes involving Tesla vehicles where it was believed some form of advanced driver assistance system was engaged at the time of the incident.”

Michigan State Police said a parked patrol car was struck by a Tesla apparently in Autopilot mode while investigating a traffic crash near Lansing on Interstate 96. No one was injured, and the 22-year-old Tesla driver was issued traffic citations.

On Monday, NHTSA said it was sending another team to investigate a “violent” March 11 crash in Detroit in which a Tesla became wedged underneath a tractor-trailer and left a passenger in critical condition.

Detroit police said Tuesday they do not believe that Autopilot was in use in that case.

The Autopilot feature was operating in at least three Tesla vehicles involved in fatal U.S. crashes since 2016.

Separately, the agency said it had been briefed on Tesla’s “full self-driving” (FSD) software. Tesla Chief Executive Elon Musk wrote on Twitter last week that the beta FSD software had been expanded to about 2,000 owners while other drivers had access to the program revoked. Tesla, meanwhile, in a filing with the California state government, admitted that “full self-driving” was a Level 2 feature and always would be. Level 2 autonomy means a human is still driving and closely monitoring the driver-assistance features, such as keeping hands on the wheel.

NHTSA said it “will monitor the new technology closely and will not hesitate to take action to protect the public against risks to safety.”