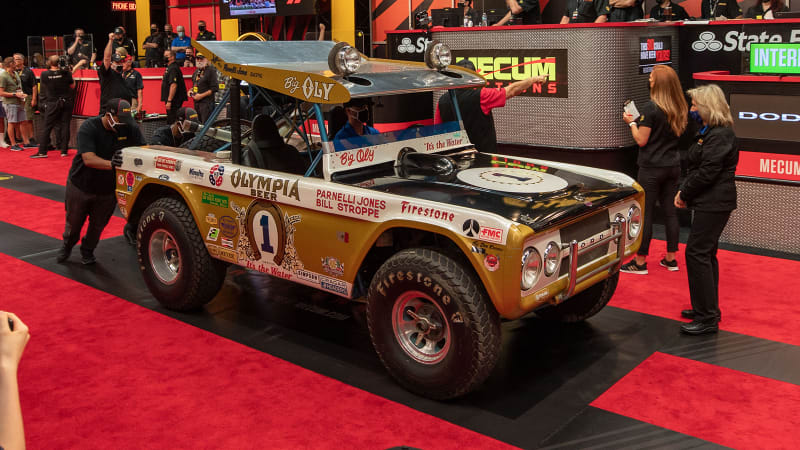 The Mecum auction in Indianapolis is wrapping up this weekend, and its headliner, Parnelli Jones’ “Big Oly” Ford Bronco Baja racer just sold for a massive $1.87 million.

The “Big Oly,” named after the team’s Olympia Beer sponsorship, is one of the most recognizable off-road racing trucks and Ford Broncos. It was driven by Parnelli Jones and Bill Stroppe, and the two won consecutive Baja 1000 events in 1971 and 1972, plus the Baja 500 and Mint 400 in 1973.

Its success was a combination of the drivers’ experience (Jones won six Indy 500s), as well as the truck’s impressive specifications. It featured a 390-horsepower V8 and weighed just under 2,700 pounds. The distinctive roof also worked as a wing. You can read more about the history and details of the truck in our initial post on the truck.