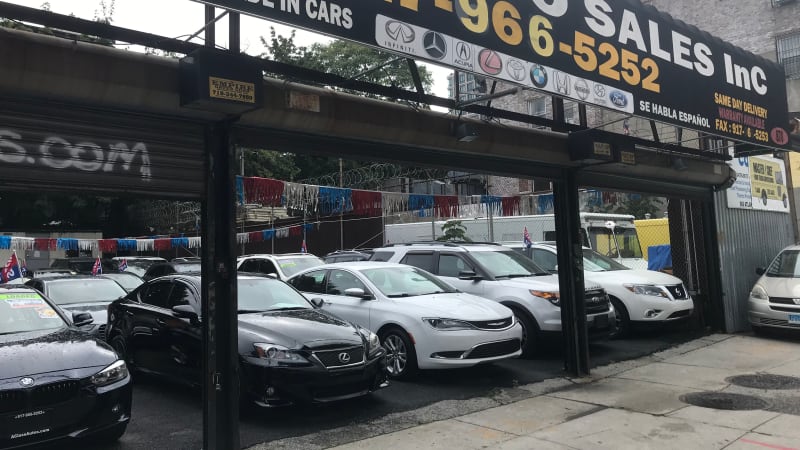 The unprecedented surge in prices for used cars was the biggest contributor to the surprise jump in U.S. inflation last month.

The cost of previously owned sedans, pickups and sport-utility vehicles soared 10% in April, according to the Bureau of Labor Statistics, the fastest climb ever in data that go back to 1953. It accounted for more than a third of the 0.8% increase in the consumer price index, which was four times the level economists estimated.

With fewer new cars being made amid a shortage in critical semiconductors, both retail consumers and rental car companies have gone to the used-vehicle market to get the wheels they need. Wholesale prices have soared as a result, up 54% in April from a year earlier at Manheim, the nation’s largest vehicle auction house.

Most analysts say the increase in car prices, like the spike in inflation as a whole, will likely be transitory as production ramps up and demand subsides. Auto sales had soared amid a pandemic-era boom in road trips and hesitancy to take public transportation, trends that look likely to fade over coming months.

“This won’t last forever,” said Maryann Keller, an independent auto industry consultant in Stamford, Connecticut. “Things will get back to normal.”

Just out Thursday was a new report, saying wholesale prices rose a higher-than-expected 0.6% in April, driven by escalating food costs.

The increase in the producer price index, which measures inflationary pressures before they reach consumers, was double the 0.3% gain that economists had been forecasting. The increase, reported Thursday by the Labor Department, was also a decrease, from the sizable 1% advance in March.

Over the past 12 months, wholesale prices are up 6.2%, the largest advance since the data was first calculated in 2010.

Federal Reserve officials including Fed Chairman Jerome Powell insist that the recent price increases will be temporary as the economy re-opens and not a sign that inflation is getting out of control.

But inflation worries have been blamed for steep declines in the stock market as investors worry that rising prices will eventually force the central bank to abandon its ultra-low interest rate policies put in place to support the economy after pandemic shutdowns forced millions of people out of their jobs last year.

Contains material from The Associated Press.