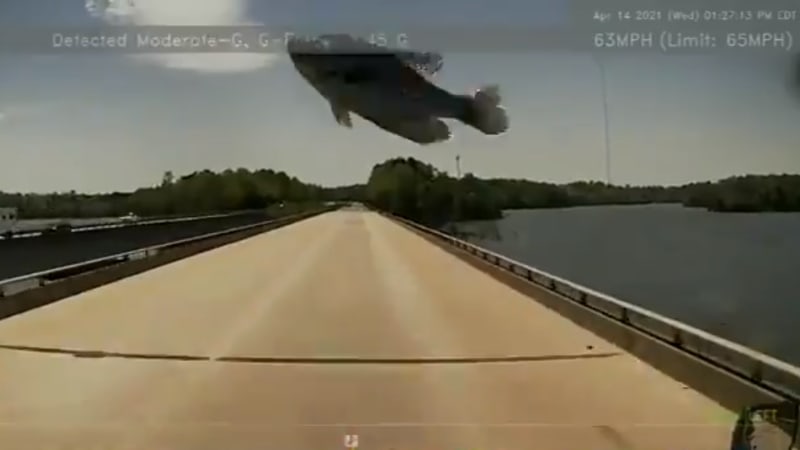 It would appear that the long-simmering avian war upon humanity might be heating up again as an unsuspecting truck driver in North Carolina fell victim to a dive-bombing assault by an unidentified Carolina Bird-of-Prey. The payload, an as-yet-unidentified medium-sized fish, struck with 1.45G of force as the truck traveled across a bridge at 63 mph.

One of our #charlotte drivers verifies that when driving a truck, you must be prepared for ANYTHING!#drivers #trucking pic.twitter.com/IkqHcxc8AB

As the harrowing video above shows, the driver from Wards Transport then slowed and pulled to the side of the road, assuredly taking stock of his good fortune in having survived the assault and mourning the death of the innocent fish at the talons of the avian bomber. The burial was at sea. Or the bird came back and ate it, we didn’t follow up.

We can only assume this is but an initial volley in an upcoming wider assault planned by birds everywhere, not unlike the Great Northern California avian assaults of 1963 and the more recent Bosnian Crowening of 2019.