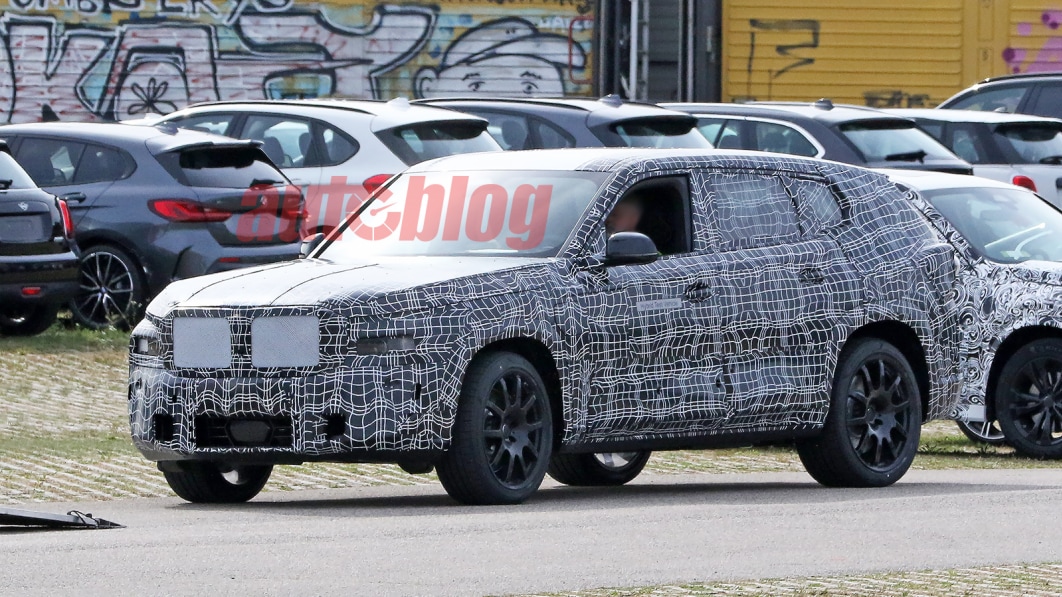 BMW Group Chairman Oliver Zipse gave an interview on the CNBC show “Squawk Box,” telling host Phil LeBeau about plans for the automaker’s Spartanburg, South Carolina facility. “At the end of the year, we will make an announcement to build another high-end car from this manufacturing site,” he said, and whatever’s coming “is not a successor model, it’s a brand-new model, high-end for the American market but also for the world market.” Seeing that Spartanburg currently builds the X3, X4, X5, X6 and X7, and considering spy shots of a new big SUV taken over the past two years, the short money has fingered this “high-end car” as the BMW X8, a two-row, raked-roof version of the X7.

Conventional wisdom says this will be nothing but a dashing version of the X7 — same engines and outputs as the original, meaning a 335-hp turbocharged inline-six, a 523-hp twin-turbocharged V8, plus a potential X8 M putting out 617 horsepower, five more ponies than loosed by the Alpina XB7. This take believes a hybrid version could snag the plug-in powertrain from the 745e, based around a 3.0-liter inline-six and producing 389 total horsepower.

But there’s a lot more rumor than wisdom surrounding this product. BMW Blog said its sources allege a vehicle codenamed “Project Rockstar,” multiple other reports claiming the retail name will be X8 or XM. Built to brawl in the unlimited class, this X8 or XM would be the first electrified full-fat M model, a 4.4-liter twin-turbo V8 mated to a 200-hp electric motor to top out somewhere around 740 or 750 horsepower. Beneath that would be a ‘standard’ version with 617 horsepower.

Based on spy shots, the dreadnought draft horse won’t be confused for an X7 from the front or the back, with design features like split headlights and stacked quad exhausts. Reports say the sure-to-be-expensive entry will go into production next year and hit the market as a 2023-model-year offering.