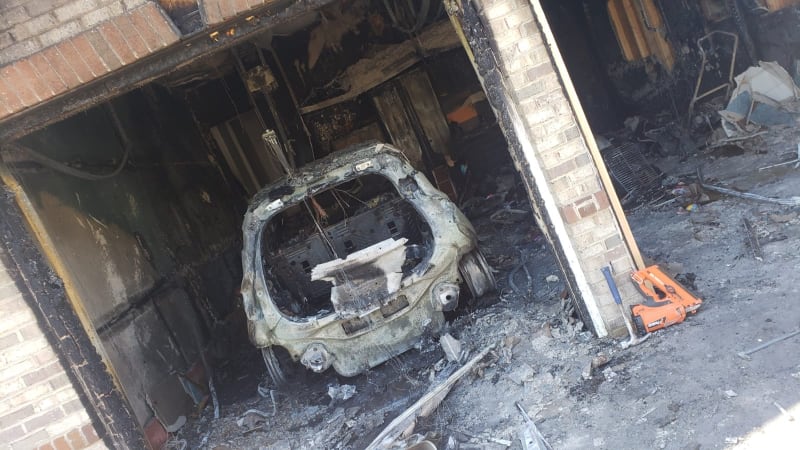 Chevrolet has found a way to prevent the battery pack in some Bolt EVs from catching fire when it nears its maximum state of charge. It published an updated recall notice that applies to 2017, 2018, and 2019 models, and it pledged to apply what it learned while developing the fix to future electric cars, including the new Bolt EUV.

The National Highway Traffic Safety Administration (NHTSA) opened an investigation into reports of Bolt EV battery fires in October 2020, and Chevrolet issued a temporary recall the following month. It was more of a patch than a fix; it added new software that limited the car’s maximum state of charge to 90%, which prevented the fires while reducing driving range. Owners were also urged to park their Bolt outside and, if possible, away from structures.

Posting on its official website, Chevrolet announced a permanent solution to the problem. Owners will need to take their car back to the nearest dealership, where technicians will use software developed by the carmaker to detect potential anomalies and replace the defective battery modules. Affected cars will also receive a new digital feature that identifies changes in battery performance before they become a fiery problem. Once the new software is uploaded, the technician will remove the 90% limitation on the battery’s charge. The repairs will be free.

The fix came too late for at least one Bolt EV owner. On May 1, volunteer fire fighters in Ashburn, Virginia, were called to put out a massive fire that seemingly started under a Bolt EV. Video footage of the blaze was posted on Facebook. It caused significant damage to the house and to a Nissan Armada parked in front of the garage.

Chevrolet stressed its diagnostic software will be standard in the 2022 Bolt EV, which received a comprehensive round of updates, and in the 2022 Bolt EUV, which is a new addition to the range. It also pointed out the feature will be packed into future electric vehicles, including those made by other brands in the General Motors portfolio.