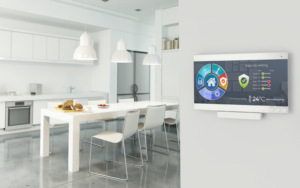 In 2021, most Americans are concerned with criminals watching them online and through smart devices. Since 2019, the fears from monitoring by criminals and the government have decreased, but concern for monitoring by businesses increased.

Although the concern for criminal activity has decreased in the past year, crime remains high. The most recent figures from The Internet Crime Complaint Center (IC3) report more than $3.5 billion in cybercrime losses and an average of 1,300 victims every day.1 And the biggest data breaches steal billions or hundreds of millions of data points about individuals and businesses.2

Over 61% of Americans are also concerned with being monitored by businesses and the government. (Taking precautions of its own, the government plans on spending nearly $19 billion in cybersecurity in 2021.3)

Businesses use our data in various ways, from improvements to their products and services to outside marketing. Understanding how that data flows gets complicated pretty quickly, which is partly why Big Tech’s power faces scrutiny.

Attitudes on monitoring vary, but according to Pew Research, only 40% of Americans think it’s acceptable for the government to monitor ordinary US citizens.4 However, almost 85% of our survey respondents would want police to check their devices if they experienced a crime.

Data tracking, surveillance, and monitoring can be helpful for a variety of reasons, but Americans generally want ownership over their data and privacy.