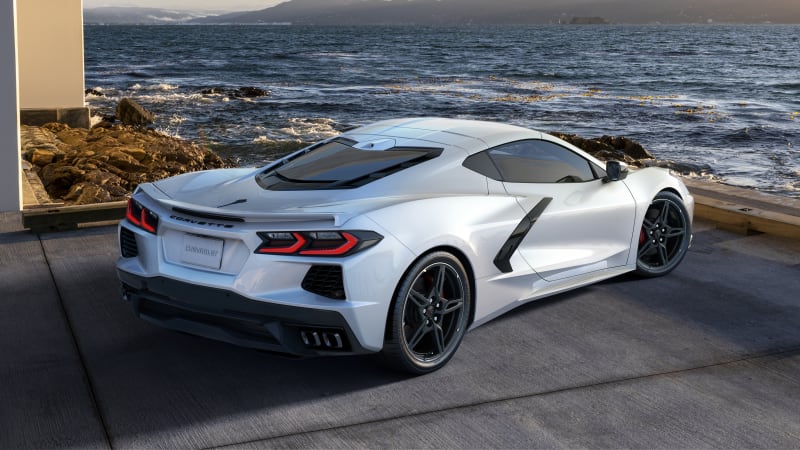 Details for the 2022 Chevrolet Corvette Stingray are officially out. We already knew it was getting three new colors: Hypersonic Gray, Caffeine and Amplify Orange Tintcoat. But now Chevy has given us some other juicy details.

The big news concerns changes made to the 6.2-liter small block V8. Chevy says it upgraded the fuel injection system and “improved” the engine calibration. We chatted with Chief Engineer Josh Holder to dig into this and the other changes on a deeper level. Essentially, the injection system operates at a higher pressure now, and Holder says this helps to lower emissions and provides greater stability at idle. That said, the engine keeps its 490 horsepower rating in base trim and 495 horsepower rating with the performance exhaust system. The 0-60 mph time for the Z51 car remains at 2.9 seconds, too. Holder noted that it took some work to both lower emissions and keep the power levels where they stand currently.

The last powertrain tweak is an “enhanced” Active Fuel Management range. Holder says that the engine will now deactivate cylinders over a broader range of rpms and in lower gears now. Engineers aren’t claiming that the EPA ratings will inch upward yet (we’re told to wait and see on that front), but they’re certain that real world fuel economy will see a noticeable improvement.

A few lesser changes include the addition of some aero options. There’s a new low-profile rear spoiler and a new front splitter available. Both will only be optional on the non-Z51 models.

If you were thinking about going Convertible, the price went up on this model, too. It’ll start at $69,695, which amounts to the same $1,200 price increase year-over-year as the coupe. Production for the 2022 model year (in all configurations) is currently slated to begin late in the third quarter this year.