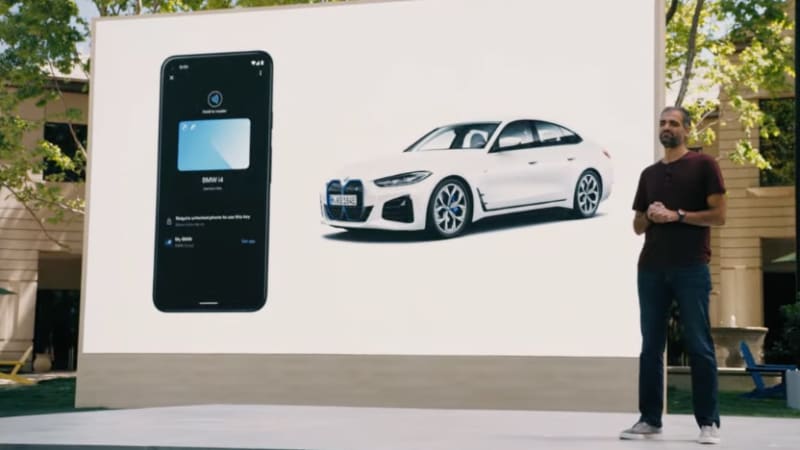 Last year, Apple announced CarKey, a way to unlock your car with your iPhone. Today, Google is following suit — the company just announced that Android 12 will include digital car key technology that lets you lock, unlock and start your car. Google says that the feature will use Ultra Wideband (UWB) technology so that you can unlock your car without even removing your phone from your pocket — provided, of course, that your phone has a UWB chip. If not, NFC will let you unlock a car by tapping your phone. You can also share your virtual car key with family and friends if they need access to your vehicle, as well.

Google says that digital car keys will become available later this year on “select” Pixel and Samsung Galaxy phones, but we don’t know what models they have in mind yet. But no Pixel phones yet have used UWB technology — maybe with this new car key feature, the Pixel 6 will be the first. Apple is using UWB in the iPhone 11 and 12 series of phones, enabling things like AirTags, improved handoff features between the iPhone and HomePod mini and the aforementioned CarKey feature, among other things.

Naturally, automakers will need to enable this feature and cars will need the technology to support it, so it’ll be a little while before it’s commonplace to unlock your car with your phone. As with Apple’s CarKey technology, BMW is the first partner Google has announced, but the company says it is working with other unnamed automakers as well.

Google also announced a feature that should be more immediately useful. The company’s Fast Pair technology that makes it quicker to connect to Bluetooth devices is coming to cars from BMW and Ford. Hopefully, this will make pairing your phone with a car as simple as it is to pair it with Google’s Pixel Buds headphones — getting your phone hooked up to most cars is definitely a bigger hassle than it should be.