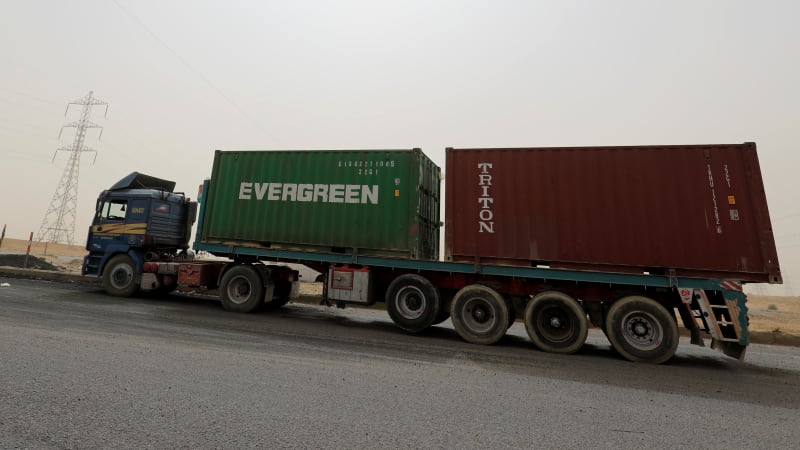 No, you’re not imagining things. Evergreen, whose container ship Ever Given was just extracted from the Suez Canal Monday morning after blocking traffic through the vital Middle Eastern artery for days, was at the center of yet another bottleneck. A truck bearing one of its containers blocked a highway in China after what appeared to be a multi-vehicle accident.

To make matters worse, the truck stopped in a position that almost perfectly mimicked the Ever Given’s, resting diagonally across the travel lanes. It was a wreck made in Internet meme heaven, and it did not go unnoticed. Normally, a truck blocking a few lanes of traffic on an otherwise normal day wouldn’t generate much buzz, but the prominent “Evergreen” branding on the container all but guaranteed that the story would make the rounds online, even if, according to China Times, the truck wasn’t actually owned or operated by Evergreen.

Sure enough, the accident, which happened on Saturday per Taiwan News, started lighting up feeds over the weekend.