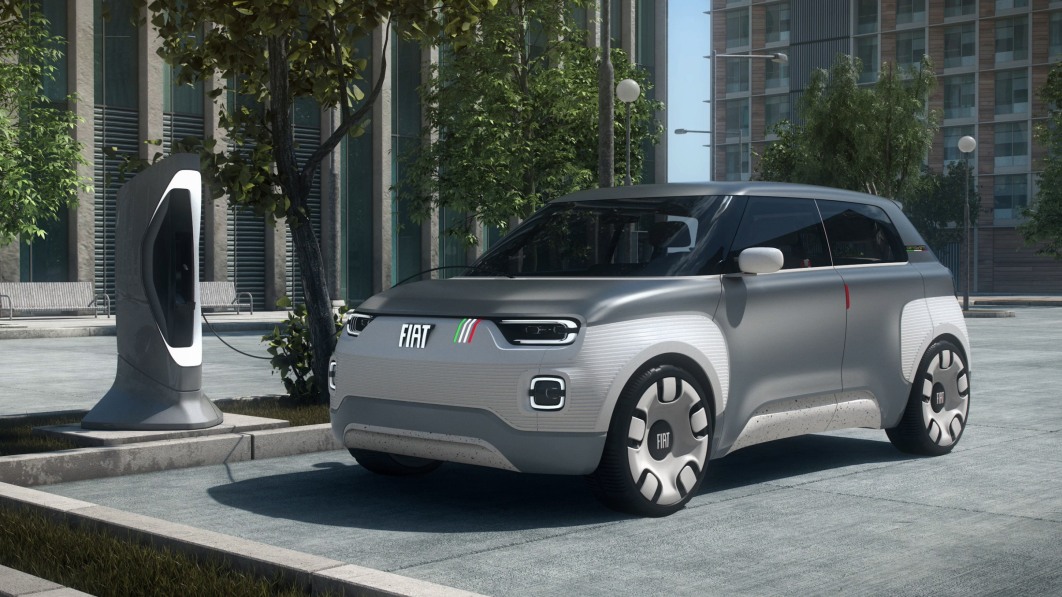 Stellantis is talking a big game about its EV future. The new mashup of car brands initially made the claim that by 2030, 70% of Europe sales and 35% of U.S. sales will be of all-electric vehicles. Fiat going all-electric will help accomplish this goal.

“Between 2025 and 2030, our product lineup will gradually become electric only. This will be a radical change for Fiat,” Francois says.

It’s tough to pinpoint exactly what that means for the U.S. market, as Fiat is only hanging on by a shred here. The only 2021 model year car it sells now is the 500X. Both the 500L and 124 Spider are listed on Fiat’s website, but both are 2020 model year vehicles that aren’t being renewed. The regular 500 is long gone, and there’s no indication that the redesigned electric-only 500 is on its way.

If the U.S. does get to enjoy Fiat’s electric future one day, it could very well be with totally new and different models than what we see now. The crossover-like 500X is the only model to make it through Fiat’s recent purging, so another small, electric crossover could make sense in the U.S. later this decade. Of course, that’s assuming Fiat keeps a foothold in America.

Francois provided a reasoning for announcing the switchover now.

“The decision to launch the new 500 – electric and electric alone – was actually taken before Covid-19,” Francois says. “Even then, we were already aware that the world could not take any more compromises. We were reminded of the urgency of taking action, of doing something for the planet Earth.”

We suspect Stellantis’ view on moving toward EVs heavily influenced the decision, too. Small EVs are all the rage these days in Europe, and Fiat’s lineup is packed full of small cars. The next reasonable guess at a new Fiat EV would be a production version of the Centoventi Concept. It’s Fiat’s interpretation of an electric Panda, and Fiat says its theoretical range maxes out at 310 miles. Of course, that’s only a concept, and it was revealed far before Stellantis was formed. We’ll only know how this will play out in time, as Fiat gave itself nearly a decade to transition from gasoline to electric cars.