The Ford Mustang Shelby GT500, the 760-horsepower monster at the tippy top of the Mustang lineup, can now be made a bit more extreme with a batch of new carbon-fiber exterior accessory parts. The newly announced pieces from Ford Performance include a front splitter, a hood vent, and trim panels for the front bumper and rear decklid.

Out of the box, the Shelby GT500 already comes with all kinds of special bodywork. It has a unique front fascia with an extra-large grille opening, a deep front spoiler, a vented hood, side skirts, a rear diffuser, and a rear spoiler with an available Gurney flap. The carbon-fiber accessory parts take things a step further and allow for an added element of personalization. 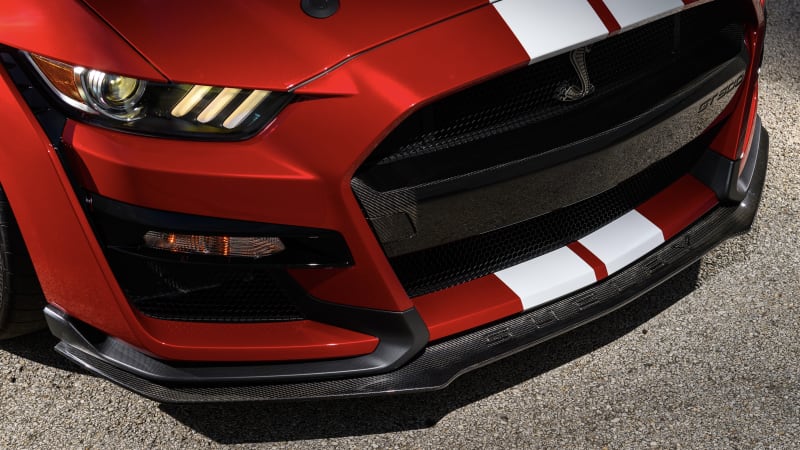 A carbon fiber front splitter with SHELBY embossed lettering and a belly pan for $1,820. 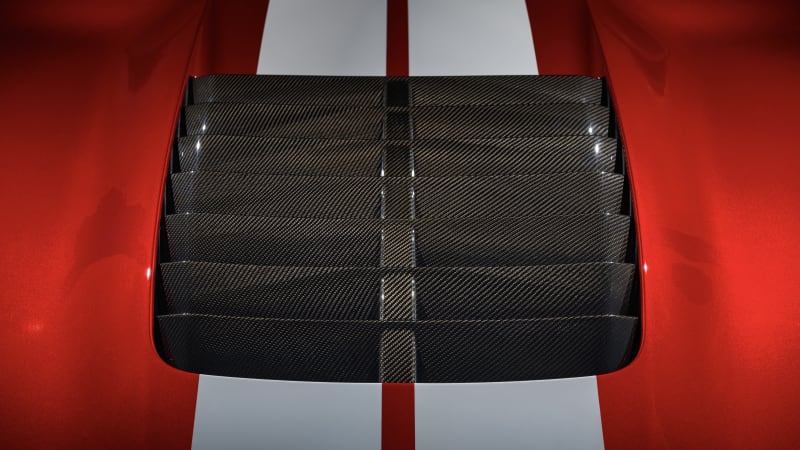 A carbon fiber hood vent and rain tray kit replaces the factory hood vent made of ABS plastic and costs $1,185. 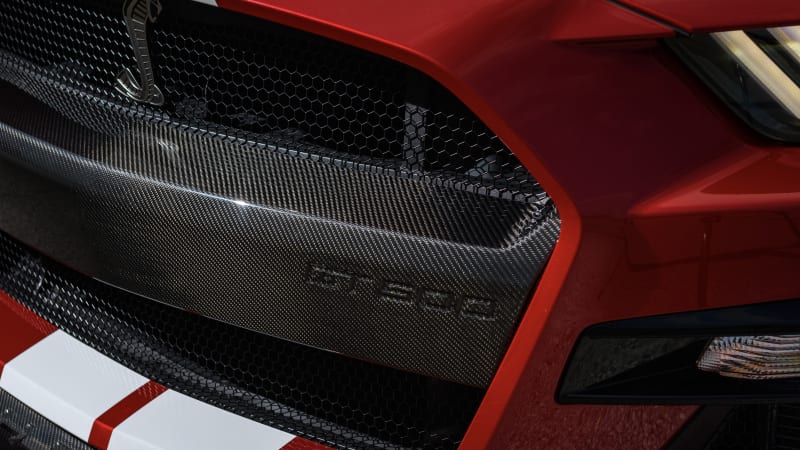 A carbon fiber front bumper trim piece with GT500 lettering fits over the filler panel between the upper and lower grille. It retails for $1,150. 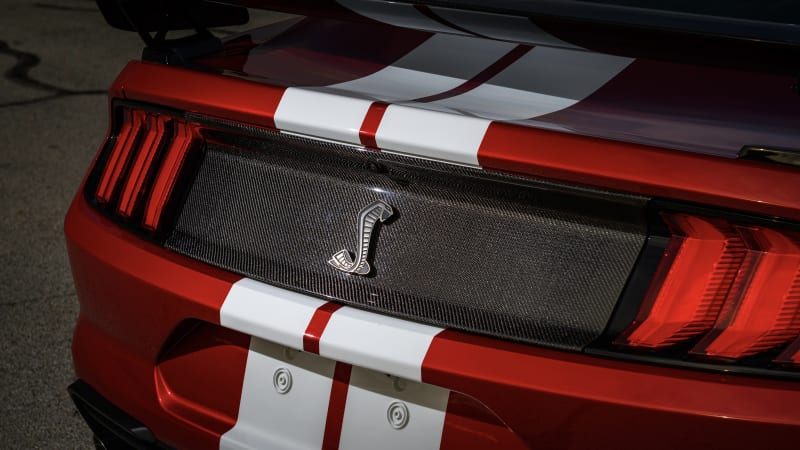 Finally, a decklid trim panel with a Shelby snake badge that fits between the taillights is $575.

That puts the sum total of the carbon fiber finery at $4,730, which isn’t nothing, but it pales next to the GT500’s $71,395 base price. Note that none of these items are included in the $18,500 Carbon Fiber Track Pack (which brings carbon-fiber wheels, Michelin Pilot Cup 2 tires, and the Gurney flap for the rear spoiler, among other items).