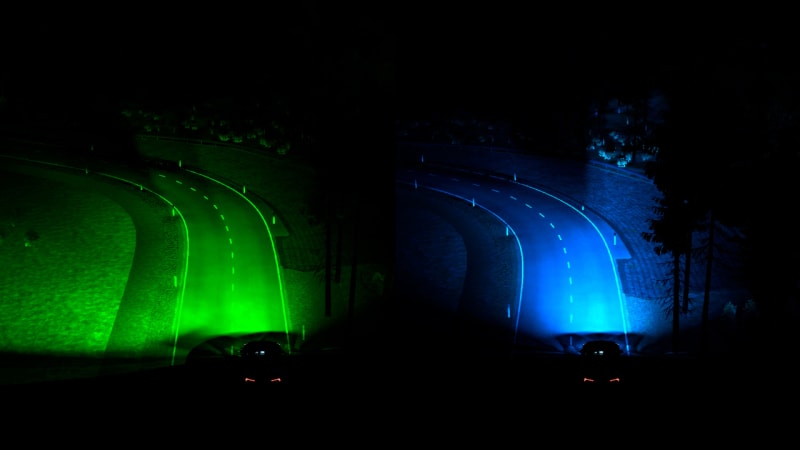 Ford has developed prototypes of a new generation of curve-adaptive headlights that receives help from up above. No, it’s not divine intervention, and yes, you should go toward the light.

The team at Ford Research and Advanced Engineering Europe has added a new layer to the classic concept of turning lamps: GPS. Using real-time location data, this new headlight system can predictively adapt to an upcoming curve even sooner than allowed by previous technologies, which largely relied on visible cues (signs, etc.) and good old-fashioned steering inputs from the driver.

“The predictive lighting technology we are developing now means that one day driving in the dark could be as simple as just following your headlights,” said Ford of Europe lighting engineer Michael Koherr. “This new map- and location‑based system is the next step on our quest to make driving at night no more difficult or stressful as during the day.”

What’s more, this new location-based tech can be integrated with existing systems to enable better predictive behavior without sacrificing the benefits of utilizing real-time environmental information; it’s not an either/or proposition.

That this remains a European idea may not bode well for future U.S. adoption. Overseas automakers have demonstrated that America’s headlight regulations can be a tough nut to crack with their attempts to get their matrix headlights approved by NHTSA.