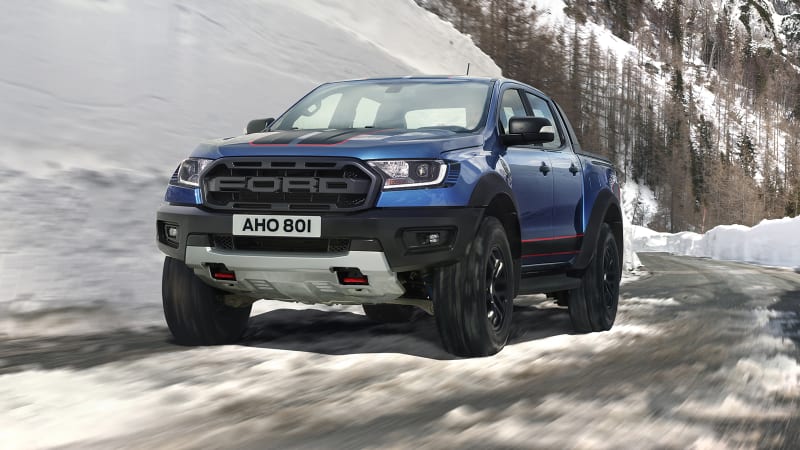 Car companies tend to stretch the meaning of words well past the breaking point on a regular basis. Just look at all the uses of “sport” for vehicles that are just smaller or cheaper than other models in the line-up. “Special edition” is close behind, and the Ford Ranger Raptor Special Edition is a textbook case.

The regular Ranger Raptor is indeed a special truck with its extreme suspension and tire upgrades. So what did Ford do to create the “Special Edition?” It added stripes. There are matte black stripes with red accents over the top and along the sides. They’re actually not wildly different from what the U.S. market Tremor gets. But that’s not all! There are red tow hooks! And the interior gets red stitching and a gray instrument panel! Isn’t that exciting?

The rest of the Ranger Raptor is unchanged from the suspension to the turbocharged 2.0-liter four-cylinder. Not that it needed to be changed, but for a special model of a special model, and one that’s “built in limited numbers to ensure exclusivity,” we expected a little more. Heck, even unique wheels would’ve been nice.

But hey, if the stripes float your boat, more power to you. And if you’re in Europe, you’ll be able to get your hands on one this October. Pricing hasn’t been announced.