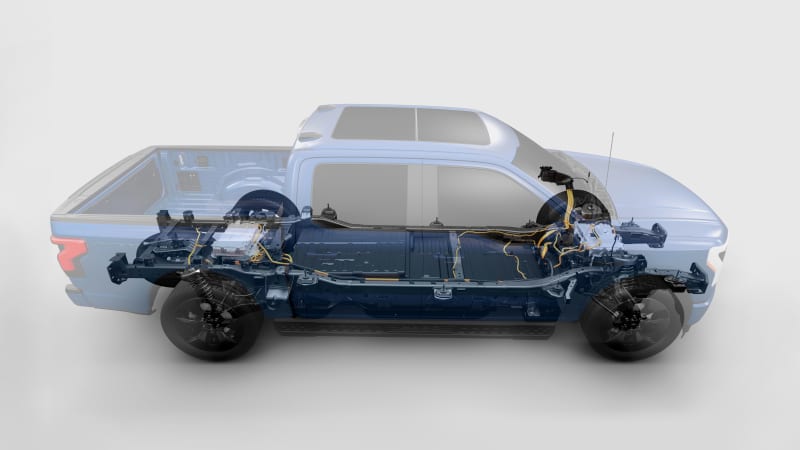 DETROIT – Ford will announce on Wednesday that it is developing two dedicated all-electric vehicle platforms, one for full-size trucks and SUVs, the other for cars and smaller SUVs, as part of a strategy to catch General Motors, Volkswagen, Hyundai and Tesla in the global electrification race, sources familiar with Ford’s plans said.

The all-EV platforms are part of an ambitious multi-year, multi-billion-dollar plan the No. 2 U.S. automaker will outline to investors at its Capital Markets Day in an online event.

The dedicated platforms will give Ford common architectures — including shared chassis components, electric motors and battery packs — on which to base many of its future electric vehicles. That will enable it to simplify and reduce the expense of everything from logistics to manufacturing as it transitions from a global lineup of mostly fossil-fueled products.

Ford said it does not comment on future product speculation.

At Wednesday’s investor event, the company also will provide more details on its long-range battery strategy, including a recently announced battery joint venture with Korea’s SK Innovation, as well as broader goals for electric, commercial and self-driving vehicles, said the sources, who asked not to be named.

Ford previously said it will spend $22 billion through 2025 on electrifying many of its vehicles in the Americas, Europe and China. The sources said Ford is planning to launch at least nine all-electric cars and car-based SUVs and at least three electric trucks, vans and larger SUVs, including second-generation editions of the Ford F-150 Lightning and Mustang Mach-E at mid-decade.

What Ford Chief Executive Jim Farley cannot predict, however, is whether — and how many — customers will embrace the newer battery-powered vehicles, even if they are able to match or beat current combustion-engine counterparts in price, performance and operating costs. That concern is shared by nearly all automakers except Tesla, whose lineup is 100% electric.

Ford’s traditional rivals have sprinted ahead, with both VW and GM committing tens of billions of dollars to electrify their fleets in the same markets as Ford, but on more aggressive timetables. VW and GM each will have at least two dedicated EV platforms, on which many of their future vehicles will be based.

VW launched the first of its all-new electric vehicles, the ID.3, last year in Europe, and the related ID.4 crossover is now on sale in America, while GM will begin building its new GMC Hummer EV pickup later this year in the United States along with the Cadillac Lyriq next year. Both companies also are rolling out additional EV models that will share key components with those vehicles.

The Mustang Mach-E electric crossover is built on a dedicated platform with the internal designation GE, the sources said.

A newer version of that platform, designated GE2, will debut in mid-2023, underpinning new Ford and Lincoln SUVs, according to Sam Fiorani, head of global forecasting at AutoForecast Solutions.

The same GE2 platform eventually will be used as the base for replacements for the Mustang coupe and Mach-E, the sources said.

Ford will use a second passenger car platform — a version of Volkswagen’s MEB architecture used in the ID.3 and ID.4 — in Europe for at least two new models beginning in 2023, the sources said.

In February, Ford said its European lineup will be all-electric by 2030.

The redesigned F-150 Lightning, due in late 2025, is expected to be the first to employ the new TE1 truck architecture, Fiorani said. The first-generation Lightning, which has already been revealed, uses a platform that is heavily derived from the standard F-150.

Ford could also use the new TE1 platform for electric versions of the Lincoln Navigator and Ford Expedition SUVs, the sources said.

In addition, Ford is expected to get a new electric vehicle, possibly a midsize pickup, that would be based on a platform from EV startup Rivian, in which Ford is an investor.