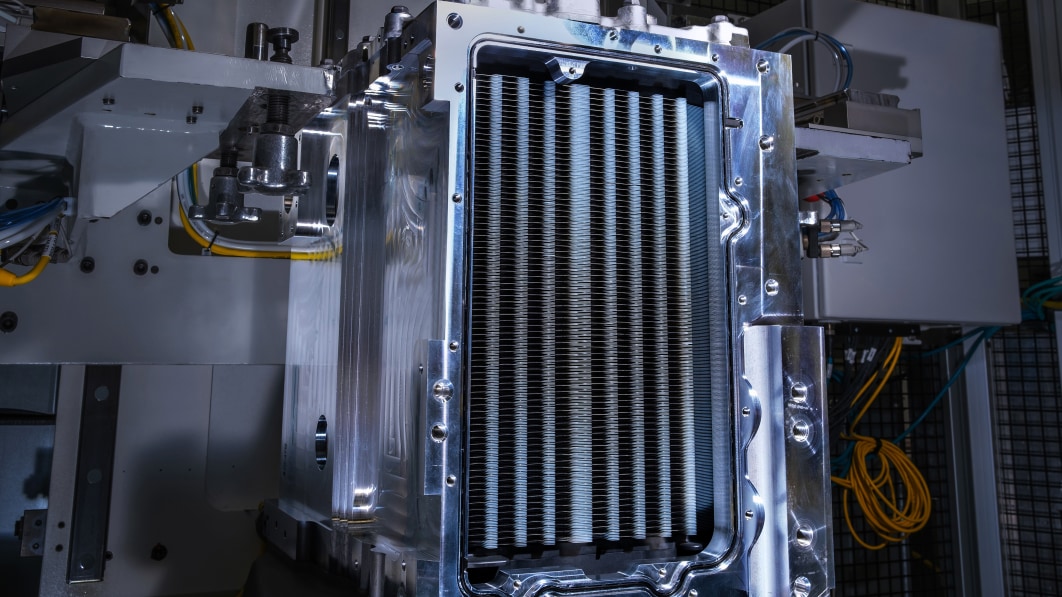 GM is setting out into both the train and aircraft world with its Ultium battery and hydrogen fuel cell technology. Just this week, GM announced it would work together with Wabtec locomotives for trains and Liebherr-Aerospace for planes.

To be more specific, GM is planning on collaborating with Wabtec to develop and commercialize its Ultium battery tech and “Hydrotec” fuel cell systems to use in trains. Details are scarce on the ground right now, but Wabtec says its concept “FLXdrive locomotive” has shown that a 100% battery-powered train has the potential to work. This train that Wabtec is testing now has a potential energy storage bank of 2.4 mWh, good for about 350 miles. All factors taken into account, Wabtec said it was able to essentially reduce greenhouse gas emissions by 11% versus a traditional train at this distance. However, it estimates that with 6 mWh of juice, that could be as much as a 30% reduction.

This is where GM steps in with its Ultium battery technology and Hydrotec fuel cell power cubes it says will be easy to package in trains.

“Rail networks are critical to transportation and to GM’s ability to serve our customers across North America, and Wabtec’s bold plan to decarbonize heavy haul and other locomotive applications helps advance our vision of a world with zero crashes, zero emissions and zero congestion,” says Mark Reuss, GM president.

We’ll also note that GM is working closely with Honda through its current relationship on the hydrogen fuel cell aspect of this project. That leads us to the airplane portion of this news. Liebherr-Aerospace wants to pursue the possibility of replacing traditional airplane jet engines with fuel cell systems. The pair will build a demonstrator that will be tested in a laboratory environment. This test unit will use GM’s fuel cells that it developed with Honda.

“Aircraft are a great litmus test for the strength and versatility of our Hydrotec fuel cells,” says Charlie Freese, GM executive director of global Hydrotec. “Our technology can address customer needs in a wide range of uses — on land, sea, air or rail, and this collaboration with Liebherr could open up new possibilities for aircraft, transitioning to alternative energy power sources.”

Ultimately, we could see lower emissions and lower noise than the airplanes roaming our skies today emit. Of course, any developments in aircraft take a long time to test and get to production for obvious safety reasons, so it could be some time before we see any commercial airplanes running on hydrogen power take to the air. All that said, it’s promising to see industries thinking of and developing cleaner technologies for all of our different forms of transportation.