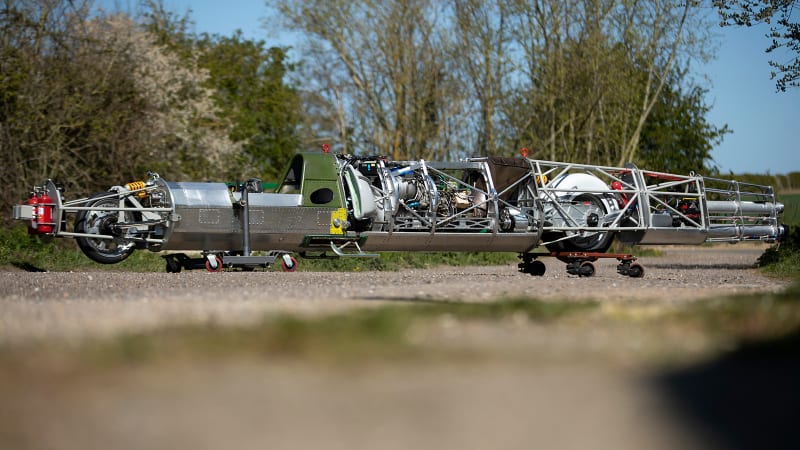 Guy Martin, British TV host and motorcycle racer, will attempt to be the fastest human on two wheels in the near future. He’s going to get there with the help of a team led by another former motorcycle racer and veteran of a variety of land speed record teams, Alex Macfadzean. Their vehicle of choice: a custom-built bike with a helicopter turbine engine.

Yes, the team has constructed a custom steel and aluminum bike measuring 30 feet long. Nestled neatly in the middle is a 1,200-horsepower Rolls-Royce turbine engine sourced from a British military helicopter. This frame will be finished off in aerodynamic carbon fiber body panels before the attempt. The team has high aims, too. The main goal is to break the current motorcycle record of 376.363 mph average. But they also want to be the first team to get a bike past 400 mph. The team that set the old record managed to hit 394 mph in one of the two passes needed to set an official speed record.

We’ll have to wait a little while to get the results of their efforts. The team plans to have the body finished this year and will start testing the bike this summer. The record attempts will come next year at a salt flat in Bolivia. Apparently Channel 4, a British TV company, is in discussions with the team about a documentary, so we may get a very close look at the development and running of the bike in the near future.