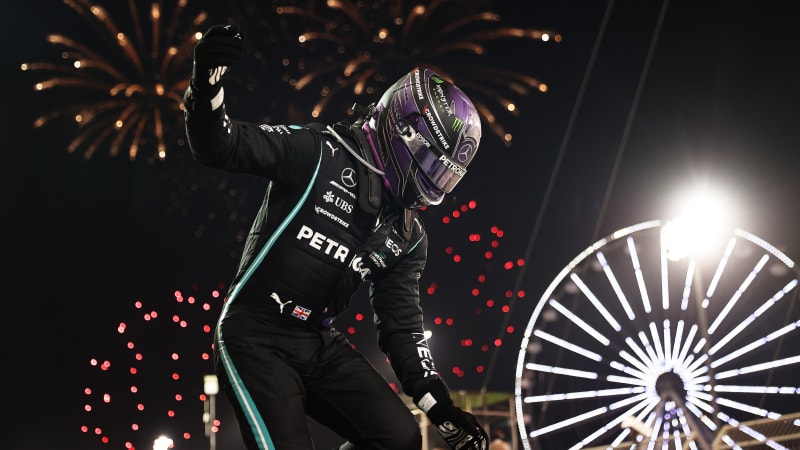 SAKHIR, Bahrain — World champion Lewis Hamilton just held off Max Verstappen to win the season-opening Bahrain Grand Prix and clinch the 96th Formula One win of his career on Sunday.

The race was effectively decided when Verstappen overtook Hamilton but went too wide on a turn and was told by his team to give Hamilton the position back, as he risked a time penalty.

Verstappen still had a few laps to catch Hamilton and he almost did, finishing just .74 seconds behind the Mercedes driver.

Hamilton’s teammate, Valtteri Bottas, took third but was way behind the front two.

Verstappen took a superb pole position on Saturday, the fourth of his career, and started immediately ahead of Hamilton.

Verstappen got away cleanly and held off Hamilton, while Ferrari’s Charles Leclerc made a fine overtake on Bottas but lost that position after the safety car came out on Lap 1.

Fernando Alonso failed to finish the race on his F1 comeback with Alpine.