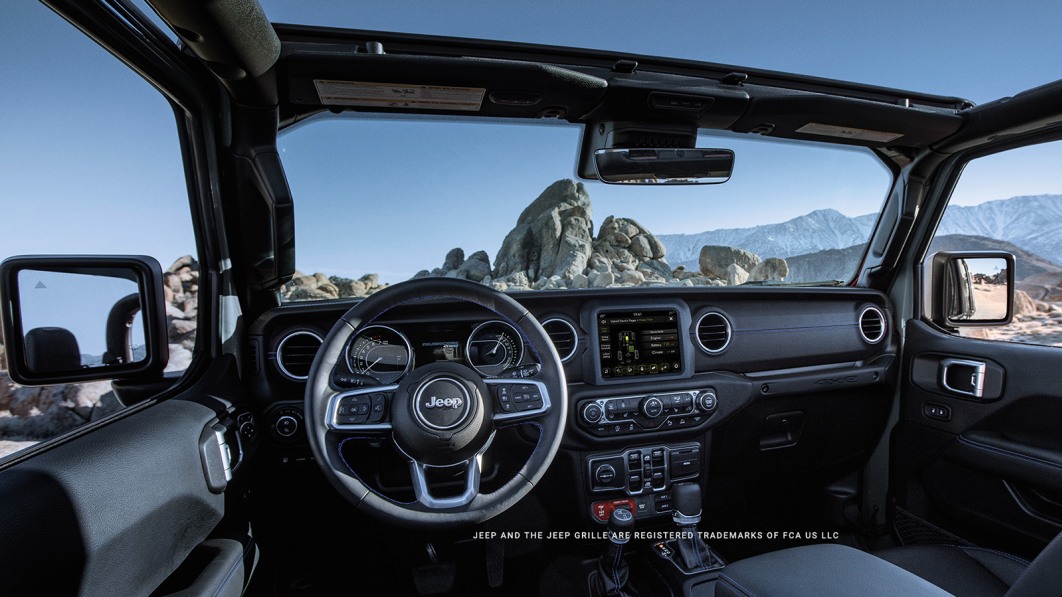 Jeep has made it clear that it would electrify the Gladiator pickup truck, but it didn’t specifically say how. On the one hand, it could give it the Wrangler’s plug-in hybrid powertrain, but on the other, it could just throw in a 48-volt mild-hybrid assist and call it a day. Fortunately, a Facebook photo brought to our attention by Jeep Gladiator Forum seems to confirm the former.

The photos is shown above, and it’s very clearly either a Wrangler or Gladiator Rubicon 4xe. Not only does it feature the black and blue trimmings, but it says clearly on the instrument screen “Rubicon 4xe.” But what cements it as a Gladiator are a couple things that the forum, as well as many Facebook commenters, spotted. On the left of the dashboard is the light switch, which includes a button for the bed lights, something you won’t find on a Wrangler. In the side mirror, the roll bar is vertical by the rear seats. That could be similar to a Wrangler two-door, but guess what? There! Are! Four! Window switches!

That seems to make it pretty certain that there is a Jeep Gladiator 4xe coming soon. It will presumably have the same powertrain as the Wrangler with a turbocharged 2.0-liter four-cylinder and electric motor making 375 horsepower and 470 pound-feet of torque. That would make it the most powerful Gladiator on offer. It will probably also get the same 17-kWh battery pack, though it may not get the same 22 miles of claimed electric range.