Chrysler began selling Dodge-badged Mitsubishis way back in the 1971 model year, when the Mitsubishi Colt Galant became known here as the Dodge Colt. Later in the decade, a Plymouth Arrow-badged version of the Mitsubishi Triton small pickup appeared here, along with a Dodge version known as the D-50 and — a few years later — the Ram 50. Once Mitsubishi began selling the same trucks here as Mighty Maxes, starting in the 1983 model year, the Ram 50 didn’t seem quite so special… and then the Dakota made its debut for the 1987 model year. Still, when the Triton went to its second generation that same year, Chrysler continued selling it as the Ram 50. Here’s one of those second-generation trucks, found in a Denver-area self-service yard last month. 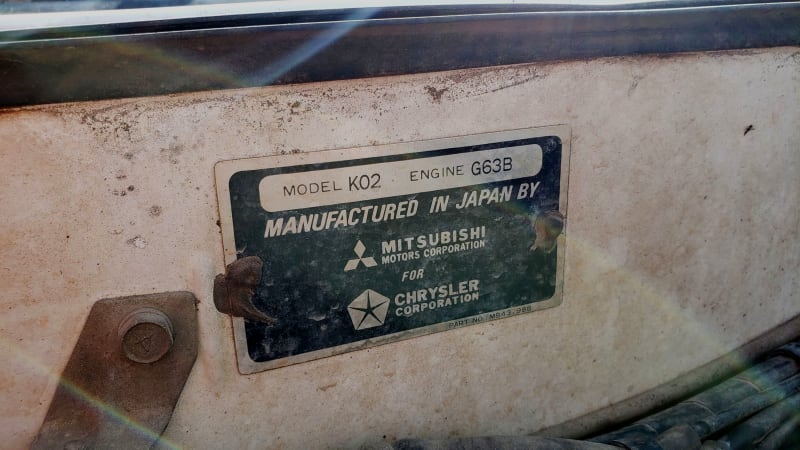 At this point, GM had long since stopped selling Isuzu Fasters with Chevrolet LUV emblems, as had Ford with the Courier-badged Mazda Proceed (after developing the all-American S-10 and Ranger, respectively). The decision-makers at Chrysler, however, calculated that the Ram 50 could grab some sales from Dodge truck shoppers who felt that the Dakota was too big for their needs; as a result, the Ram 50 stayed on sale here through 1994. The last Mighty Maxes rolled out of American Mitsubishi showrooms in 1996. 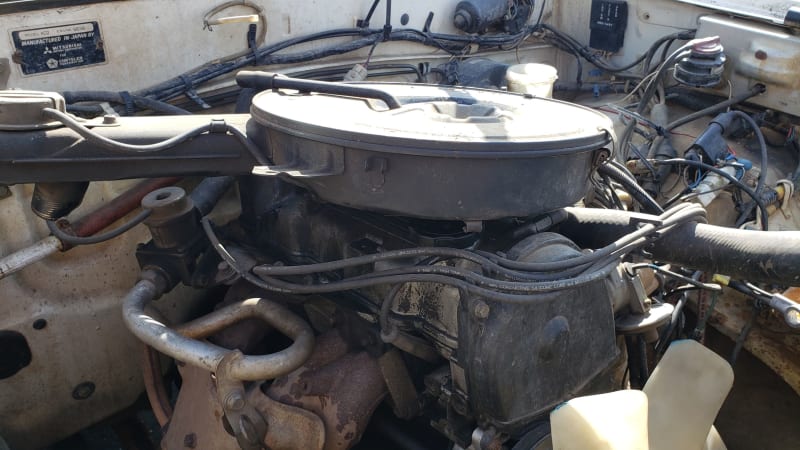 The 6G72 V6 engine became available in four-wheel-drive Ram 50s a few years after this truck was built, but in 1987 all Ram 50s came with either the 2.0-liter 4G63 Sirius or 2.6-liter Astron four-banger. This truck has the base Sirius, rated at 92 horsepower. Remember when new trucks came with double-digit horsepower ratings? 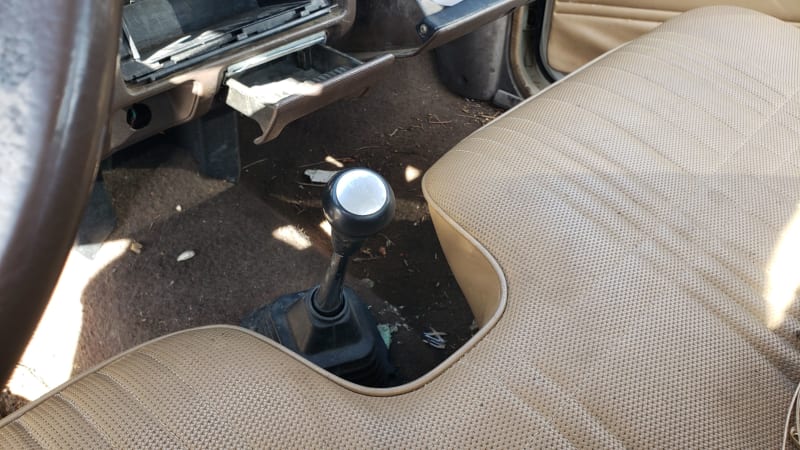 Most American-market small pickups still had manual transmissions during the middle 1980s, though that would change in a hurry with the dawn of the 1990s and the drop in slushbox prices. This one has the base five-speed. 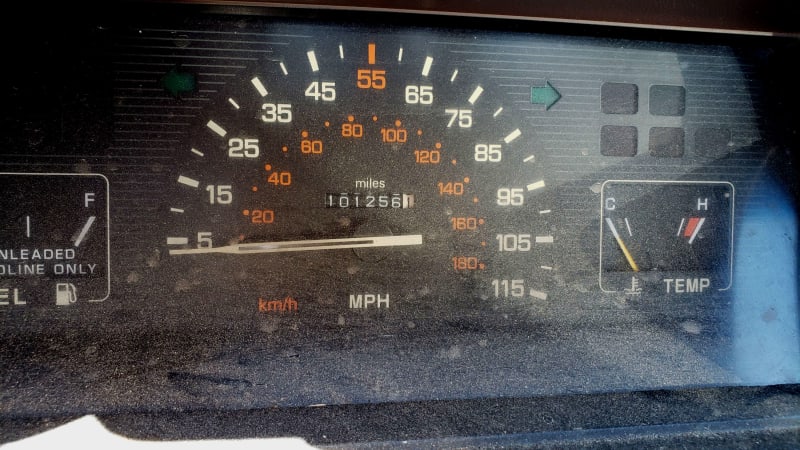 Just barely 100,000 miles on the clock, very unusual for a junkyard pickup of this age (especially one with a thick coat of brush-applied white house paint on the tailgate). Maybe the speedometer cable broke 25 years ago. 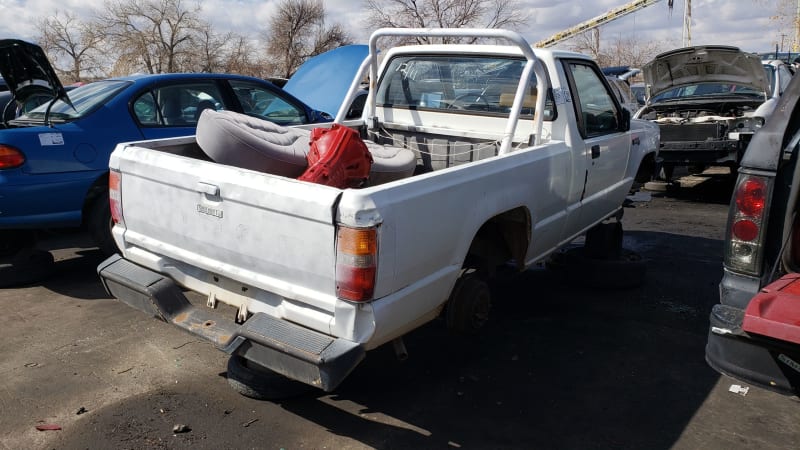 You don’t see many rear-wheel-drive pickups with roll bars. 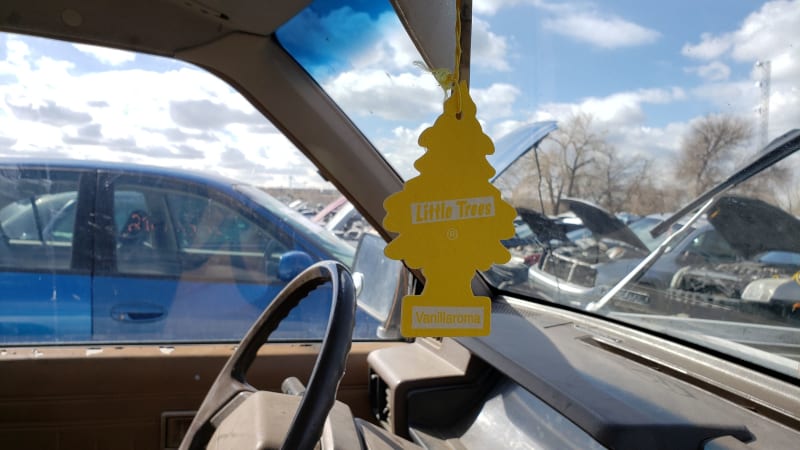 You’ll find one in every car. You’ll see.

Those other Japanese imports hallucinated the Ram 50 in alarming ways.

If you preferred Mitsubishi emblems on the grille of your new ’87 truck, the Mighty Max was ready for you.