Americans could buy Mazda Proceed small pickups starting all the way back in 1972, when Ford sold them here with Courier badges. Once the Ranger appeared here for the 1983 model year, the Courier’s days were over, but by that time Mazda had been selling these trucks on our shores with Mazda badges for quite a while (including some with Wankel engines). Eventually, the Chicken Tax proved too onerous for the bean-counters in Hiroshima, and Mazda resorted to selling rebadged Rangers here starting in 1994. Here’s one of the last Mazda-built B-Series pickups sold in the United States, a discarded 1993 B2600i found in the shadow of Pikes Peak. 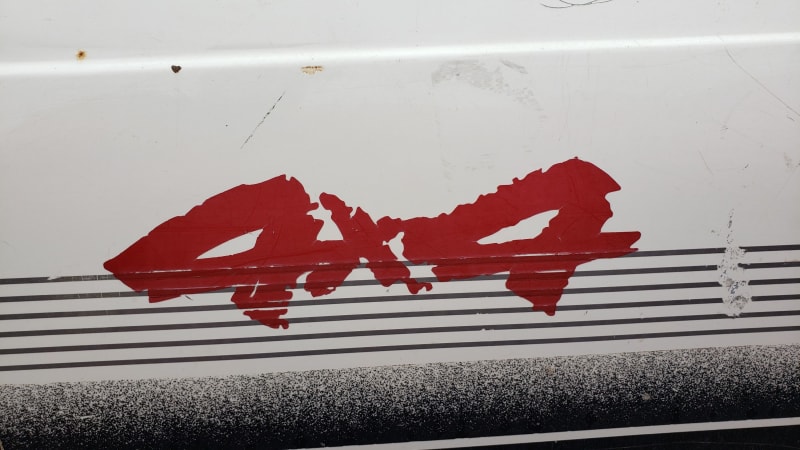 The early 1990s were the time when screaming, brightly-colored graphics on vehicles attained their zenith, and so this truck goes Full Rad. 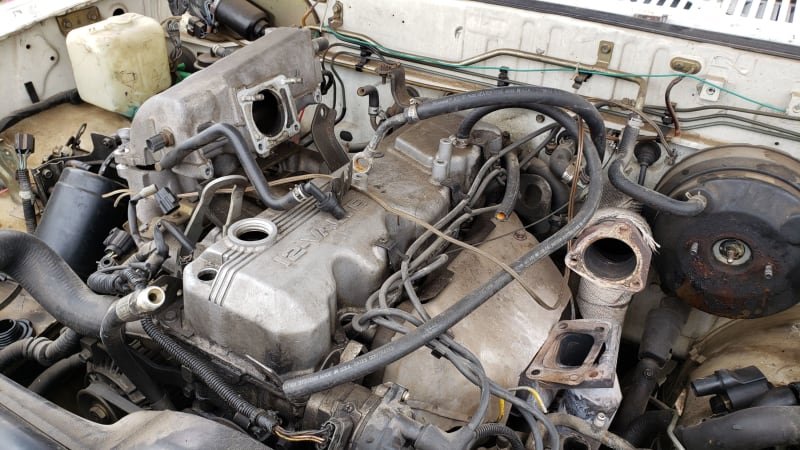 Mazda used Mitsubishi Astron engines on the early B2600s, but eventually produced a true Mazda-designed 2.6. That’s what’s in this truck. 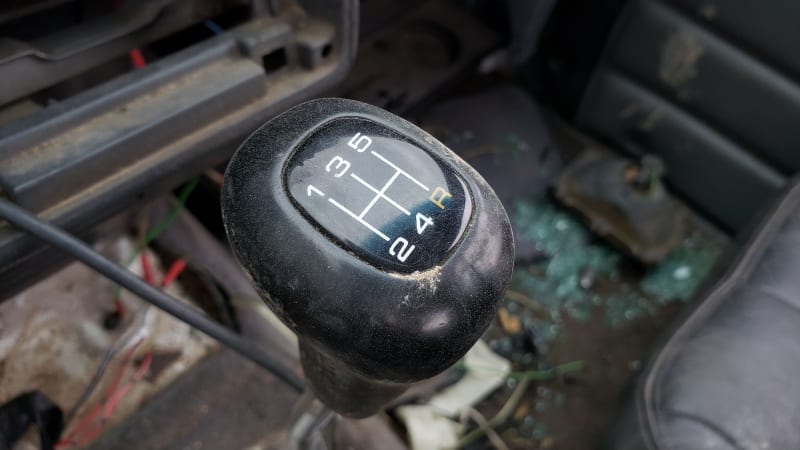 Back in the prehistoric days of the 1990s, American truck shoppers not only proved willing to drive small trucks, they were willing to select gears by hand. Those days are long gone by now, of course. 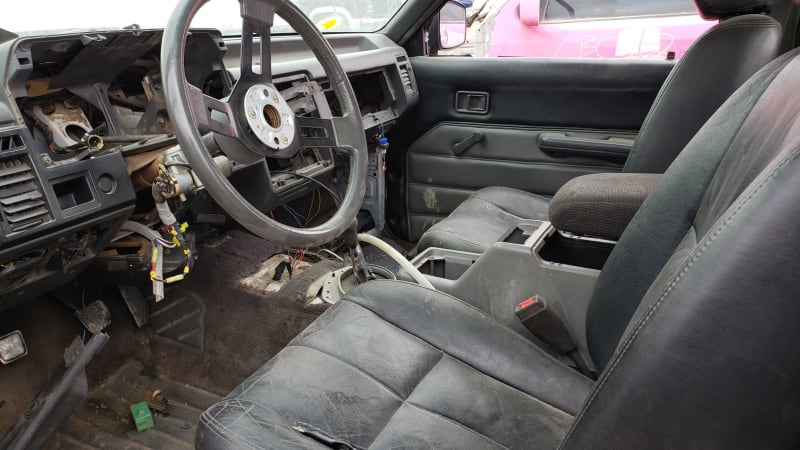 Someone grabbed the instrument cluster before I arrived, so there’s no way of knowing how many miles passed beneath this truck’s tires during its life. I’ll bet it was plenty. 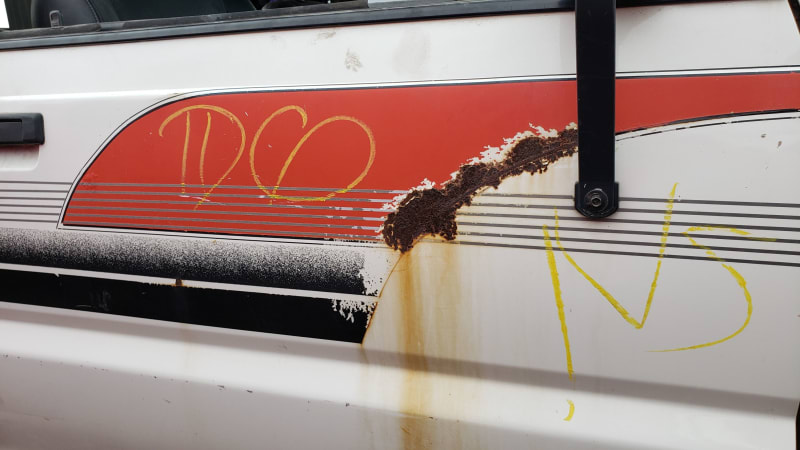 Let’s pour out some Crystal Pepsi for this one.

Drive one around the world… twice!