Toyota axed the Scion brand in 2016, after 13 years of the attempt to create a “youth brand” in North America. Of all the Scion models, the boxy xB made the biggest impression, and it stayed in production from the 2004 through 2015 model years. Being based on the extremely reliable Echo/Yaris, xBs tend to stay on the road for many years, but I see retired examples now and then during my junkyard explorations. Here’s a banged-up 2005 xB in a car graveyard near Denver, Colorado. 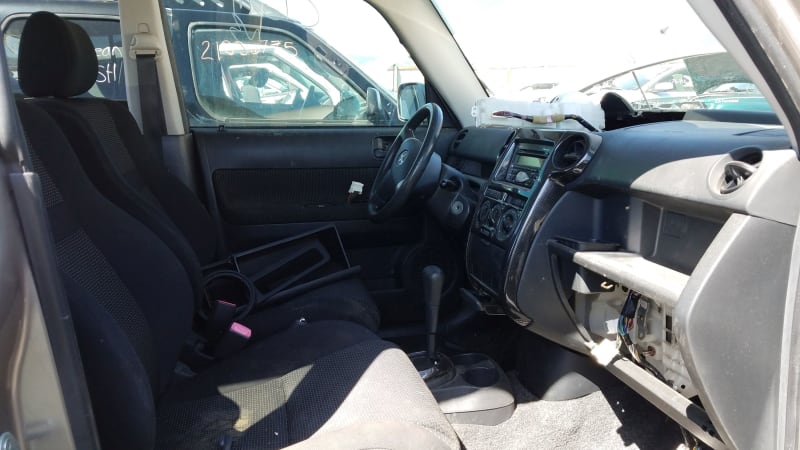 Unlike some xBs you’ll find, this one never received any furious aftermarket modifications. It’s an ordinary commuter with plain silver paint and automatic transmission. 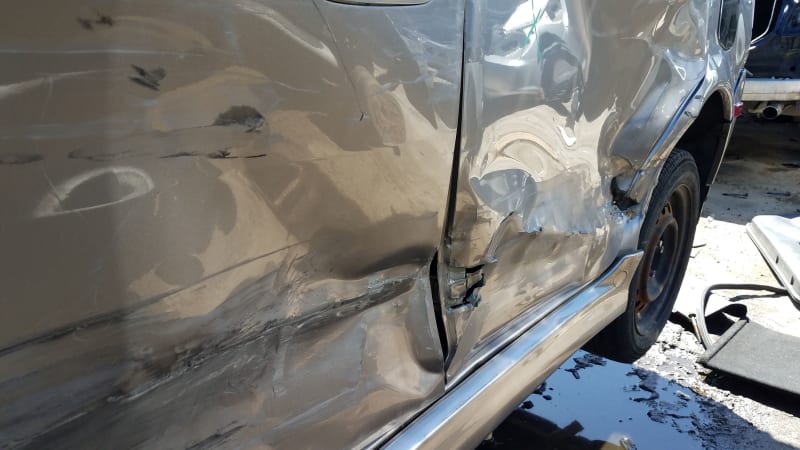 It ended up in this place due to what looks like a multiple-car fender-bender that resulted in dents all the way around. 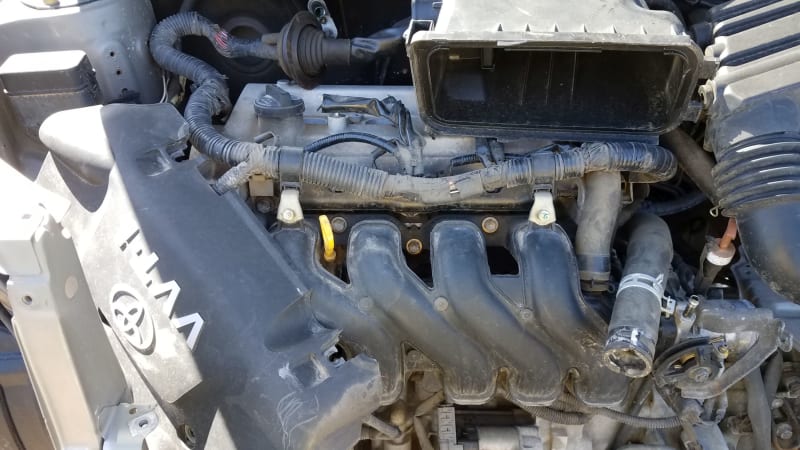 The engine is the 108-horse 1NZ, same as the one that powered the Echo. 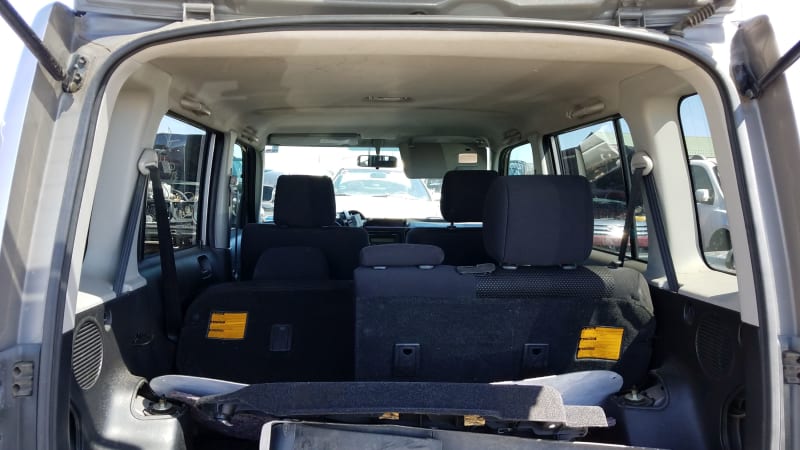 The Echo looked a bit creepy, and it didn’t help that the scary Robin Williams character in One Hour Photo drove one. The xB was an Echo under the skin, but it looked interesting and could fit a lot of stuff inside. 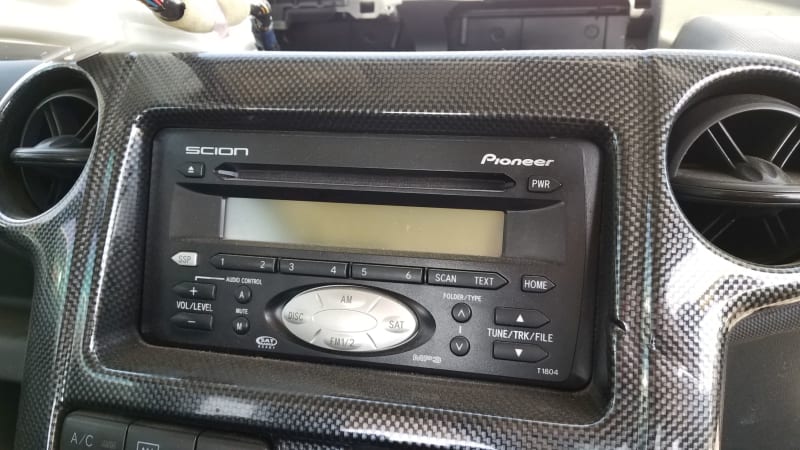 This car has the optional Pioneer audio system, complete with satellite radio and the ability to play your iPod (or Zune) through it. You could customize the display color, too. Note the faux-carbon-fiber bezel, a fashion that was all the rage among The Youths in the mid-2000s.

Did those young car shoppers feel compelled to buy xBs after seeing this frantic ad for the second-generation car?

So many customizing options, especially if you didn’t care about street legality.

In its homeland, this car was known as the Toyota bB, and its ads featured music by Hotel vs Rip Slyme.

If you wanted those Wiggle beats, you had to head to the Toyota Netz dealership and get a new bB.