When the Chevrolet Malibu got moved to the Opel-derived Epsilon platform for the 2004 model year (making it a first cousin to the Saab 9-3 in the process), The General decided to make a five-door hatchback version known as the Malibu Maxx. Production of the Maxx continued just through 2007 and buyers weren’t much interested in a midsize hatchback (Chevrolet’s first since the Corsica), so these cars are tough to find in junkyards today. I’d been keeping a lookout for the very rare Malibu Maxx SS for a few years when I finally spotted this gutted ’06 in Denver. 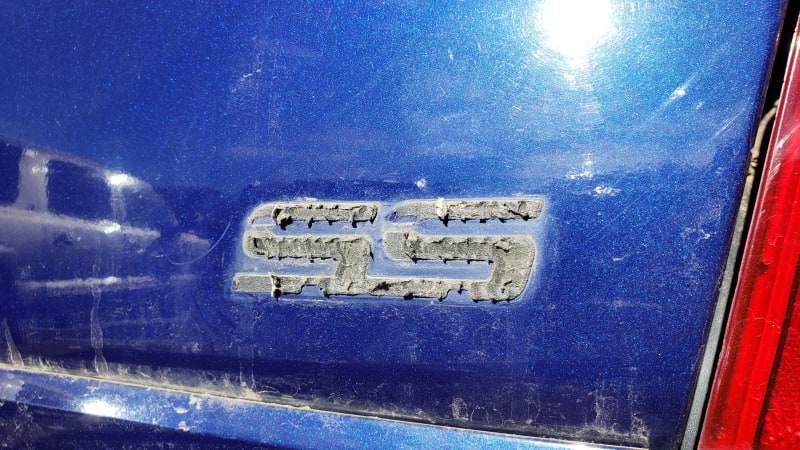 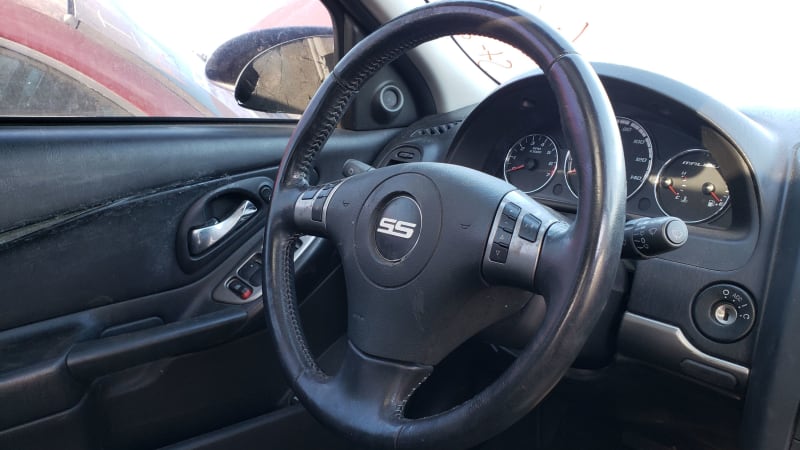 The Maxx SS also came with a stiffer suspension, cool-looking wheels, hydraulic power steering instead of the electric type in the regular Malibu, and SS badges all over the place. 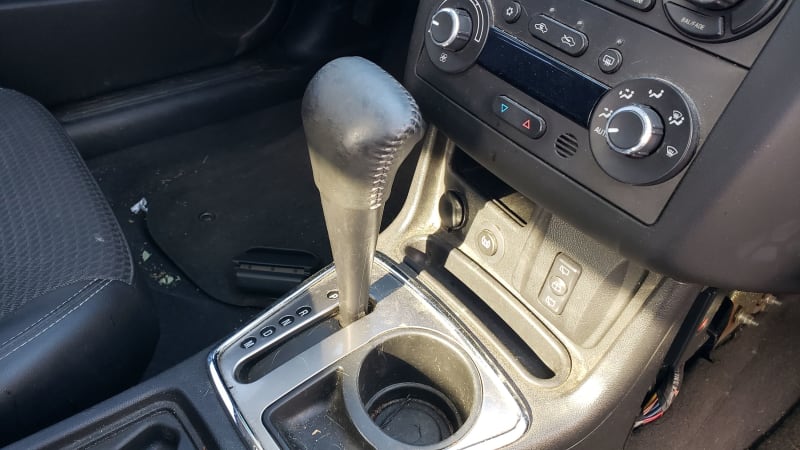 A manual transmission would have provided a great deal of driving fun, but the LZ9’s 240 pound-feet probably would have snapped regular axle shafts like Mr. Salty pretzels. All post-1983 Malibus sold in the United States have had two pedals mandatory, sorry to say. 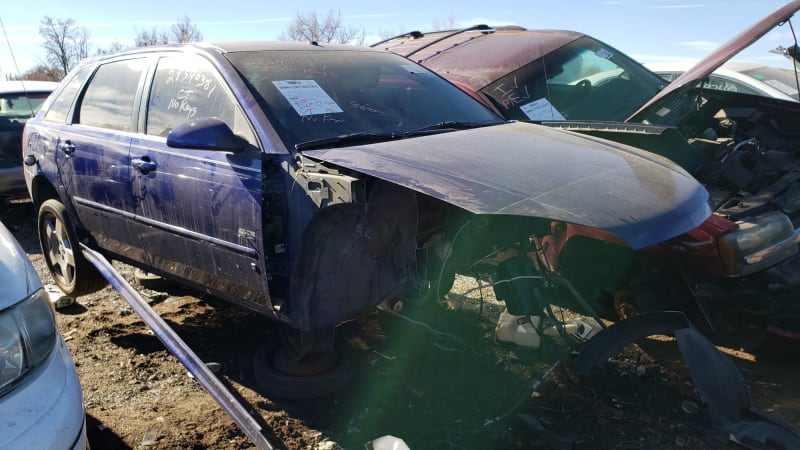 Junkyard shoppers have eviscerated this car forward of the A pillars, with the hood hanging sadly in space. The LZ9 went into plenty of other GM vehicles during the late 2000s and early 2011s, so the running gear probably lives on in an Uplander or G6 now. 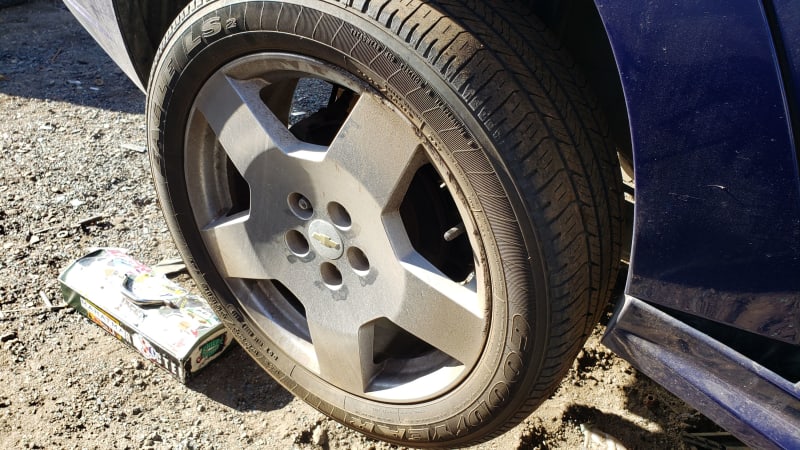 Perhaps someone will buy these SS wheels for their Chevy Classic.

Was there anything the Malibu Maxx couldn’t do?

The sliding rear seats come in handy when you don’t quite make that drawbridge leap.