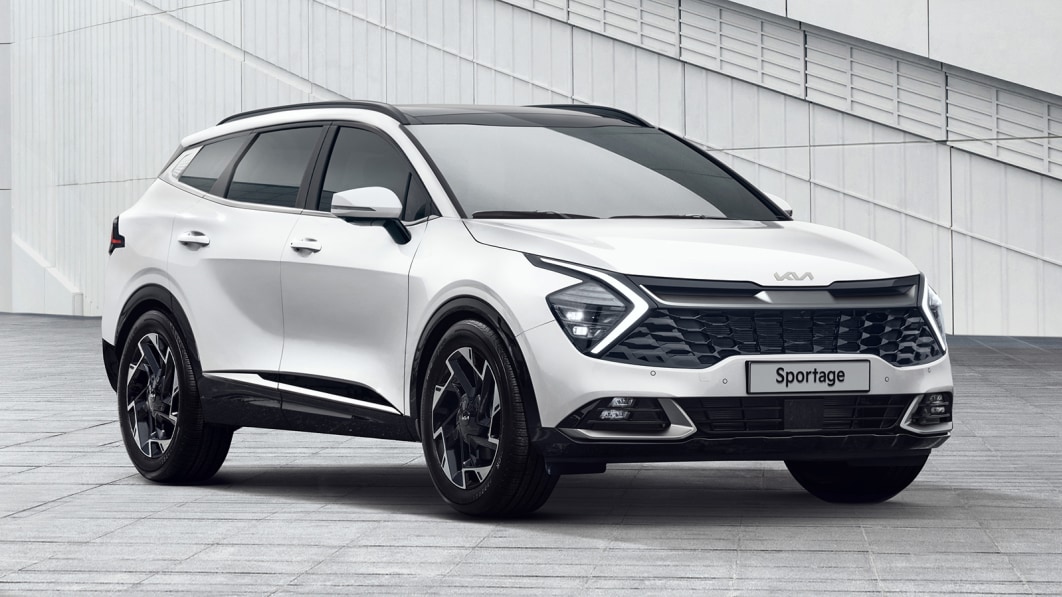 Kia has been steadily revamping its entire lineup, and it comes practically full circle with the newly unveiled Kia Sportage. It replaces the aging little crossover and is a serious departure from the short and bulbous-looking outgoing generation.

Up front, the Sportage picks up some angry, angular headlights and running lights. They’re integrated in a fascia-spanning grille. The sides have more glass that visually lengthens the Sportage. It’s possible that it actually is longer, but we won’t know until Kia releases specifications. The rear again has full-width taillights, though this time they echo those of the EV6.

The inside is just as big a departure as the outside. It features two big screens for instruments and infotainment in a single black frame. Air vents are geometric and spread across the dashboard. And on the photos of the press car, it appears there are more colors and higher-quality materials in use than the somewhat black and plasticky current model.

Kia hasn’t released details on powertrain, pricing or size. They should come later in the year when the crossover goes on sale. It will also be available in normal designs as well as a slightly more rugged looking X-Line variant.