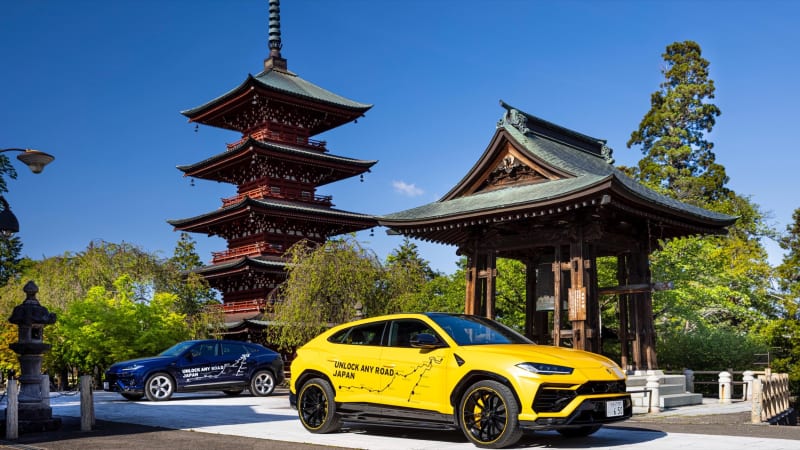 Two Lamborghini Urus crossovers have completed a month-long journey across Japan. Conceived as a marketing stunt, the pair traveled over 4,000 miles, collecting some truly breathtaking scenery along the way.

The idea of a long-distance drive to promote a new vehicle has been a long-held tradition in Japan. It was a much bigger achievement back in the 1960s, when Japan’s expressway system was just getting underway. Many local roads were still rough, and it was considered uncommon for cars to drive all-out at high speeds for sustained lengths of time.

Nowadays, it’s not particularly difficult for any modern car to complete such treks, especially when you’re talking about a 641-horsepower, 626-pound-foot luxury SUV. In fact, it must be quite the exercise in restraint in modulating the 4.0-liter V8, capable of a 190 mph top speed, since the highest speed limit in Japan is about 75 mph and speed cameras are everywhere.

Still, it was a chance for Lamborghini to capture some beautiful photos along the way. The Urus almost looks out of place against ancient shrines and lush bamboo forests. They even paused to shoot at Himeji Castle in Bizen City and Shirakawa village in Gifu Prefecture, both UNESCO World Heritage sites. From snowy mountains to rocky coastlines, cherry blossom-lined avenues to massive steel bridges connecting Japan’s islands, the variation in backdrops is something to behold.

The trip started in far western Japan on the island of Kyushu, then traced the country’s northern coast along the Sea of Japan up to the northernmost island of Hokkaido. Then it snaked down the Pacific coast to its final destination of Tokyo.