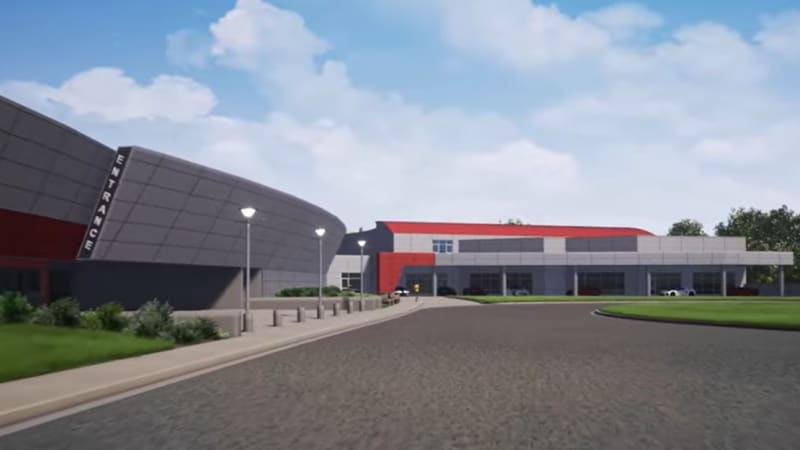 Long months of coronavirus-related disruptions haven’t flattened the National Corvette Museum’s ambitions. It announced it will begin building a two-story, 30,000-square-foot expansion to offer more space for people and cars.

Computed-generated images compiled in a video posted on the museum’s YouTube channel (embedded above) provide an artist’s rendering of what the new wing will look like when it’s completed. The building will house specialty exhibit spaces and rotating displays, so there will be more Corvette variants for enthusiasts to admire during their visit. It sounds like more themed exhibits will be planned, which isn’t surprising considering how many experimental off-shoots, wild prototypes, and immensely powerful race cars have been built by Chevrolet and aftermarket firms.

The rest of the expansion will be dedicated to people. An open theater space, a lifetime members lounge, a kids zone education center, and a sensory calming roof for guests with unique needs will be found under its roof, while a rooftop members lounge will top it all off. Sewell and Sewell Architects has been selected to lead the project.

National Corvette Museum representatives stress the expansion will help lure a new generation of enthusiasts to the Corvette fold. It hasn’t described what it has in store yet, though it wrote that some of the new exhibits will feature Corvette-related artifacts, and that the lifetime members lounge will be a quiet place to make calls.

Tax-deductible donations from the public will help make the sizeable expansion a reality, according to the museum. While that might sound optimistic, the fan community’s generosity helped quickly re-open the National Corvette Museum after a massive sinkhole caused significant damage to the structure and some of the cars in it.

Autoblog learned from a museum spokesperson that there is no firm date for the new wing’s completion.