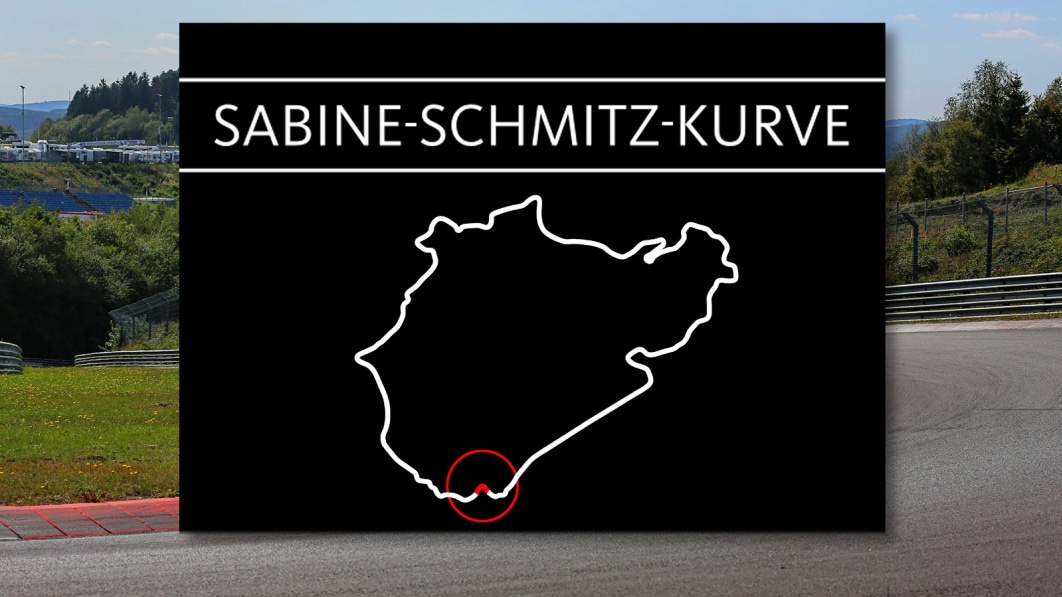 It’s still shocking that we lost racing driver and frequent “Top Gear” guest Sabine Schmitz this year. In the wake of her death, many tributes came out, but perhaps the most fitting one has come from the track that helped make her famous, the Nürburgring. The track operators announced today that the very first corner of the famed Nordschleife would be named after her; the Sabine-Schmitz-Kurve.

Besides being arguably the most famous race track in the world, the Nordschleife was an enormous part of Schmitz’s life. She became the first and only woman to win the Nürburging 24 Hours at the track in both 1996 and 1997. She also drove ‘Ring taxis to take guests around the course, and she very nearly took a van around the course faster than former “Top Gear” host Jeremy Clarkson could do it in a car. In fact, the track operators note that she completed around 33,000 laps of the roughly 13-mile circuit. Schmitz grew up in the town of Nürburg near the track.

The name change becomes official on September 11. The track will have a special naming ceremony just ahead of the ROWE 6 Hours ADAC Ruhr-Pokal-Rennen race part of the Nürburgring Endurance Series.