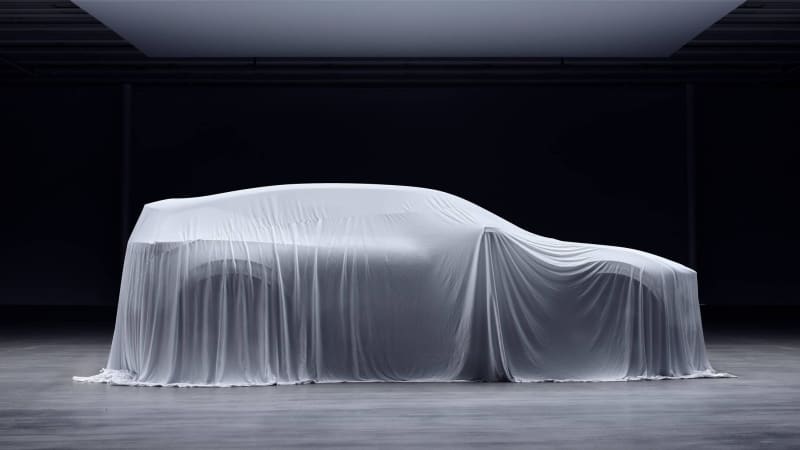 Polestar will end production of the Polestar 1, its first model, before the end of 2021, but it won’t remain with a single car in its portfolio for very long. The Polestar 2 will be joined by a third model, the aptly-named 3, and it will have a “made in America” label.

Parent company Volvo will make the 3 in the Ridgeville, South Carolina, factory it inaugurated in 2018. The plant currently builds the S60 for markets around the world, and it’s scheduled to begin making the third-generation XC90 at some point in 2022; the SUV hasn’t been unveiled yet. Ridgeville has an annual capacity of about 150,000 cars. Both the S60 and the next XC90 were developed on Volvo’s SPA platform, which suggests the 3 will be, too, but nothing is official yet. The new XC90 will inaugurate the next evolution of this architecture.

Details about the 3 are few and far between. Polestar’s preview image shows the EV covered by a sheet, but we can easily tell it features short overhangs and a relatively long wheelbase. We know it will borrow some styling cues from the Precept, a concept car introduced in early 2020. Beyond that, it looks like the company will use cameras instead of door mirrors, though this technology isn’t legal in the United States yet, and there’s a not-so-subtle wing at the rear edge of the roof panel. Polestar describes the 3 as “an aerodynamic electric performance SUV.”

Polestar chose to build the 3 in the United States for a number of reasons.

“Production in the United States reduces delivery times as well as the environmental impact associated with shipping vehicles around the world. It will even have a positive impact on the 3’s price. All of this makes the brand even more competitive in the critical American sales market, said Dennis Nobelius, the firm’s chief operating officer. In contrast, the 1 and the 2 come from China; the 1 is made in Chengdu, while the 2 is exported from Luqiao.

Founded in 2017, Polestar recently secured $550 million in external funding to develop new models. In addition to the 3, it’s planning a high-performance evolution of the 2 and a flagship sedan inspired by the sleek-looking Precept concept. The latter will be manufactured in a factory in China that hasn’t been built yet, according to the brand.