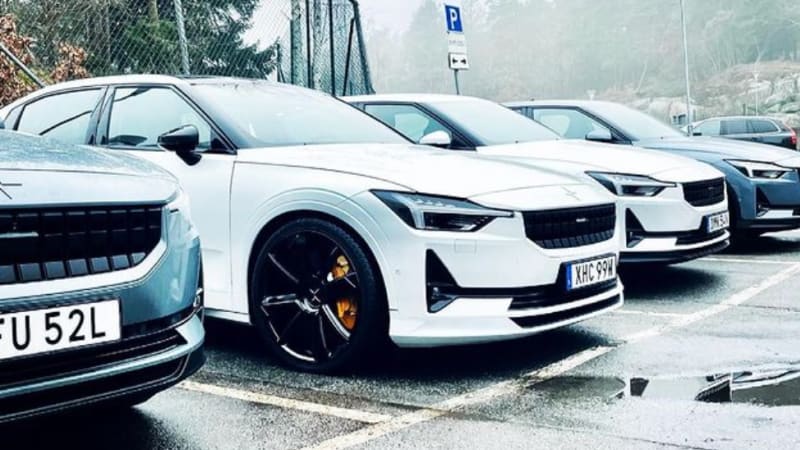 Polestar might have morphed into an all-electrified, sport-oriented offshoot of Volvo, but it hasn’t forgotten its racing roots. Company boss Thomas Ingenlath previewed a more hardcore variant of the Polestar 2 on his official Instagram account.

Posted in April 2021, the newest of two images is captioned with the enigmatic phrase “PS2BST 1(7).” What that means is anyone’s guess; someone racing a Ford Focus ST-powered MG B in a PlayStation 2 game on January 7? Probably not. PS2 could mean Polestar 2. B for battery? Special Technology? Most European nations write dates differently than America, so 1(7) could stand for July 1st, which might be when the car will make its global debut.

Published in March 2021, the first image gives us a much better look at the car and tells us with no ambiguity that it’s an experiment. Combing through hashtags reveals we’re looking at a prototype equipped with an Öhlins suspension system and Akebono brake parts, though Ingenlath identified Brembo in his follow-up post. What’s certain is that the car depicted in the images sits lower than the standard 2, whose ride height nearly rivals a crossover’s, and it’s equipped with 21-inch wheels that look like the ones fitted to the Polestar 1, the company’s aptly-named first model. These parts and styling cues lead us to speculate we’re looking at a quicker, sharper version of the 2 (which is already pretty quick and sharp).

Ingenlath didn’t reveal what’s underneath the sheet metal, but don’t expect to find a V8 engine with a flat-plane crankshaft. Polestar’s mission is to make electric cars, so even hybrids will fall out of its realm once production of the 1 ends later in 2021. As of writing, the 2’s only available powertrain consists of dual electric motors that put 408 horsepower and 487 pound-feet of torque under the driver’s right foot. The firm can increase those figures by installing bigger motors, or it could assign each rear wheel its own motor (like in the 1) for quicker acceleration.

Polestar will presumably release more details about the puzzling 2 variant in the coming weeks. If it’s headed to production, it could arrive in the United States later in 2021. If it’s not, it might simply be a way to test components for future models, like the Precept concept-inspired sedan that will be positioned at the top of the Polestar range.