Is your rooftop cargo box rated for speeds up to 124 mph? No? What a shame, because Porsche’s new Performance roof box is. Of course, leave it to Porsche to design and engineer a cargo box for high speed aerodynamic and handling excellence.

The new Performance box you see here was tested at racetracks, in the wind tunnel and at license-revoking speeds (in the U.S., anyway).

“In the driving dynamics tests, the focus was on the controllability of the vehicle with a fitted roof box at high speeds,” Porsche states. “This program was complemented by endurance testing in the Porsche Development Centre in Weissach: Among other things, the roof box had to prove its ability to withstand tough conditions on the rough-road track.” 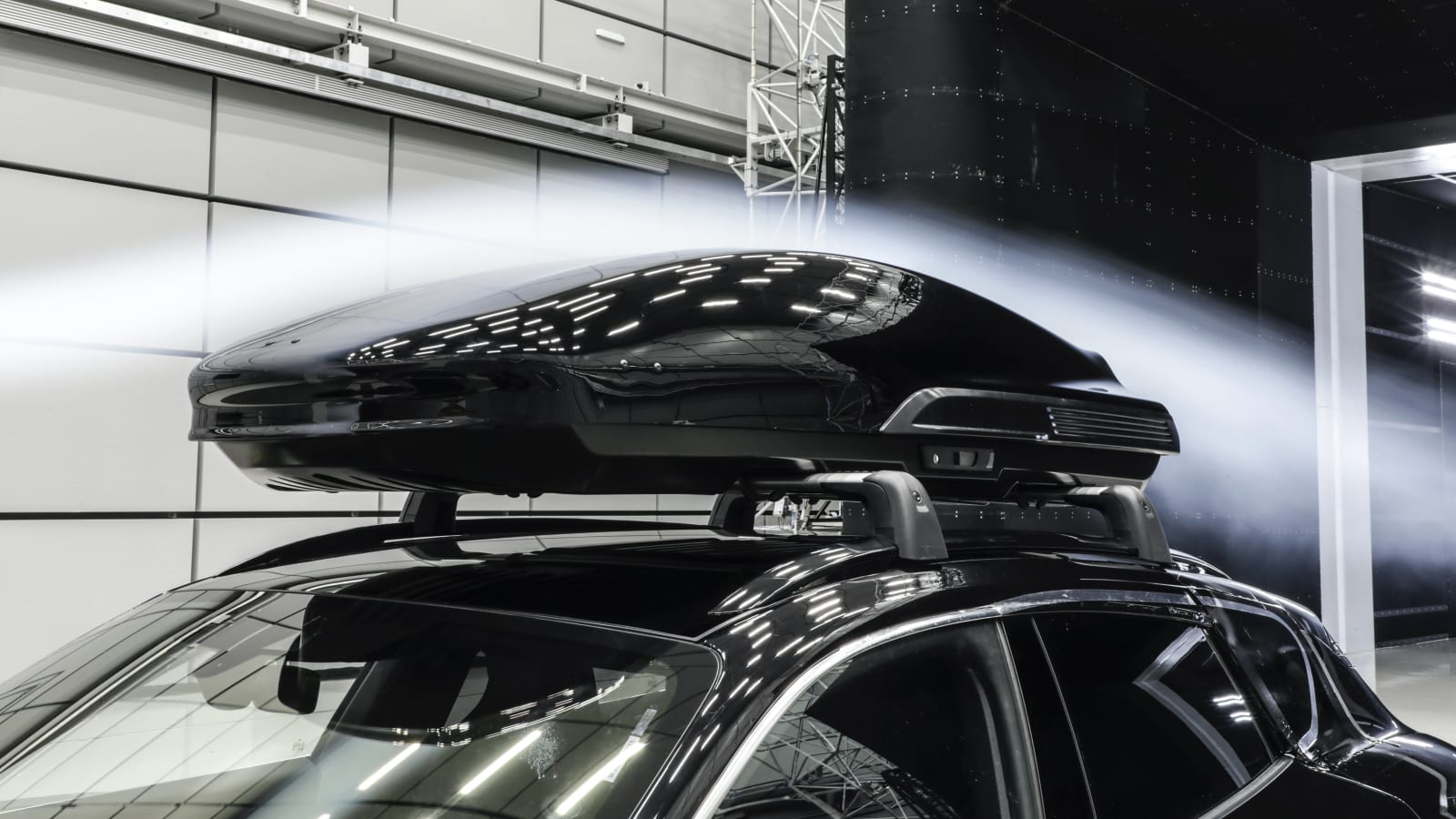 Porsche also tests at high speeds for German autobahn use, and while that’s generally pointless for us, it’s undeniably cool to know. A huge focus was put on reducing aerodynamic drag and wind noise (which will be helpful for us), because all of these trials and tests Porsche put the box through were to validate it for use with the electric Taycan Cross Turismo. That car being an EV, reducing drag and extra noise is of paramount importance for range and cabin noise. Do note that the box is not limited for use on the Taycan and will work with other models, too.

The box has a maximum capacity of 17 cubic feet and is rated for 165 pounds of cargo. Porsche says it’s capable of holding “at least five pairs of skis or three snowboards.” And just like everything else with a Porsche logo on it, this box is entirely customizable. The three standard available color options for the side blades are Dolomite Silver Metallic, Carrara White Metallic and Volcano Grey Metallic. However, you can pay Porsche more money to have it painted to match your car’s color as shows in the top gallery (or any other color you might want). As for fitment, Porsche says it can be mounted on all base carrier roof transport systems via a quick-fastening system. The box can also be opened from both sides, providing access to either side of the vehicle.

Everyone will know you bought the Porsche one for its big “Porsche” script logo on the back. If you want one, Porsche says it’s available starting this month through its TEquipment program. Pricing wasn’t detailed in Porsche’s announcement, but you can bet that it’s more expensive than your typical Yakima box.