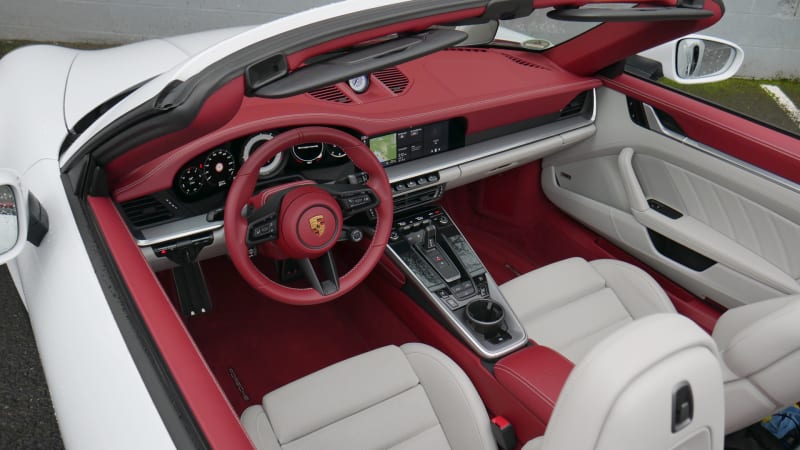 Personalization has been part of the Porsche range since a customer requested a 356 with a wiper for the rear window in May 1955. The firm gradually expanded its list of customization options, and ever-increasing demand has led it to take the program to the next level. Customers will soon be able to work directly with engineers and designers to create a one-of-a-kind car, even if they’re starting with a model that has already been built.

“We want to take our individualization program one, two, or three steps further in two main dimensions,” explained Alexander Fabig, Porsche’s head of individualization and classic, during a roundtable. “The first main dimension is the customer interaction. We want to make customers part of our project team; they’re the boss. They get their own team of designers, engineers, and project managers,” he added, describing every car-obsessed kid’s dream.

“The other dimension is the scope of what we offer. At the moment, the journey starts with different materials and colors for the key fob and its case; there are over 200,000 different variations of this part. We will expand it to other parts of the car. The journey ends with a one-off, totally bespoke car,” Fabig added. Expanding it makes sense, too: 25% of all 911s built are fitted with at least one part from Porsche’s Exclusive Manufaktur department. That includes color choices, such as the 911 Turbo Cabriolet pictured below with its unique combo of red and white. Exclusive Manufaktur is even embossed in the center console armrest lid.

Buyers are encouraged to get in touch with Exclusive Manufaktur when they can’t build the Porsche of their dreams using the company’s online configurator. Launching the process requires putting the customer in touch with a representative from Exclusive Manufaktur in Zuffenhausen, Germany, or at an international branch (there are locations in Atlanta and in Los Angeles, among other cities). Experts then assess the feasibility of the project, and give the buyer an estimate of how much time and money it will take to complete. Porsche warns the process can take up to a year and cost six figures, depending on the modifications requested by the buyer.

Production starts when Porsche receives the client’s green light. Customers are encouraged to participate in every step of the process, giving their insight when needed to shape the car of their dreams. Fabig explained the direct involvement and the hands-on approach are a big part of the program’s appeal in the United States and abroad. They’re also ways to ensure the final product is exactly what the client envisioned; no two projects are alike. Some buyers could request a new 911 Targa with a paint job that exactly matches the one on the 1970 model in their collection. Others could ask for a 911 Turbo with a slant-nose front end, a feature offered by Porsche in the 1980s.

Exclusive Manufaktur is also open to reconditioning existing cars, even if they’re not classics. This program is almost like time-traveling: if you missed your chance buy a 997-generation 911 GT3 RS new, you can find a used one and have it rebuilt to your exact specs. You can start with a white car that has a black interior and ask Porsche to paint it green and give it cognac leather upholstery, for example. Porsche’s engineers can also participate in the project to accommodate special requests, like a more powerful engine or a different, never-before-seen wheel design.

The customer is always right, generally speaking, but there are some limits to what Porsche can do. It explained that some projects will inevitably be technically unfeasible; stuffing, say, a twin-turbocharged 4.0-liter V8 from a Panamera into a 914 while keeping it street-legal and ensuring it meets the firm’s high standards is likely more trouble than it’s worth. Copying an existing design isn’t an option, either. That means you can’t request a 911 with Lamborghini-like y-shaped inserts in the lights, or a replica of the limited-edition 911 Belgian Legend Edition.

Porsche will accept between three and five applications in 2021; it sounds like some build slots have already been filled, too. It’s starting small to gain a more accurate idea of what customers are demanding, and how long it takes to complete each project. We expect to see the first few finished cars in the metal before the end of 2021.

Letting customers design one-off cars opens the door to replicas; what’s to stop someone from building a rally-inspired 911 and claiming it’s the work of Exclusive Manufaktur? Porsche thought of this, and it stressed it will keep records of each build in its archives department. If in doubt, a quick email should clarify a car’s provenance.