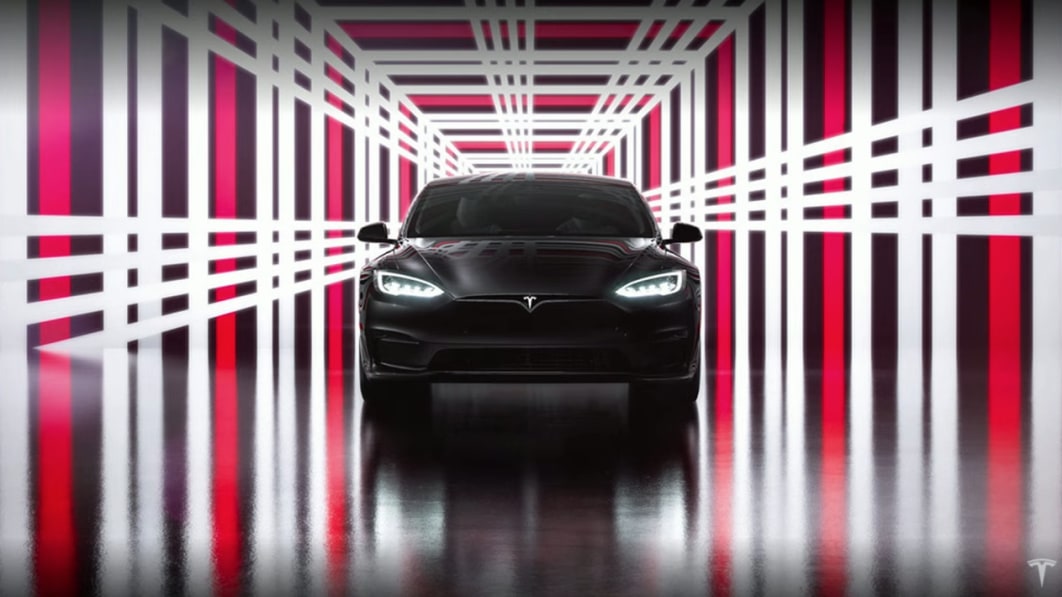 The Tesla Model S Plaid presentation is about to go live in California. You can tune in at the link above. We’ll update this post as we learn more.

Tesla redefined electric cars in 2012 when it launched its high-end Model S with a sleek design and long driving range, but it is facing a raft of new challengers.

CEO Elon Musk has not said whether he will take the stage, but he has been on Twitter promoting the new model, which is priced at $129,990, against $79,990 for a long-range Model S. The latest price for the Model S Plaid is $10,000 more than what was displayed a few days ago on Tesla’s website.

The launch of the Model S Plaid, which has already been showcased online, has faced delay and some controversy over an expected airplane-style yoke steering wheel. Musk this week canceled another variant, Model S Plaid+, which would have had a 33% higher driving range than the Model S Plaid and used advanced battery technology, known as 4680 cells.

“The Model S Plaid is definitely intended to help reduce the migration of current Tesla owners out of Tesla,” said Ed Kim, vice president at consultancy AutoPacific. “I think what we’re seeing now is that Tesla can no longer operate in a vacuum.”

He said Model S Plaid is a low-volume, halo model aimed at showcasing the automaker and generating excitement around the sedan, with Tesla needing to successfully roll out new models like Cybertruck and Semi trucks to expand its customer base.

Musk has called the Model S Plaid “the fastest accelerating car ever.” He claims the sports sedan goes from zero to 60 miles per hour (97 kph) in 1.99 seconds and has an estimated driving range of 390 miles.

The Plaid offers little change in body style, and the option of yoke steering. It is also expected to feature enhanced gaming with new titles and more powerful processors.

The launch event was pushed back to tonight after being originally scheduled for last Thursday.