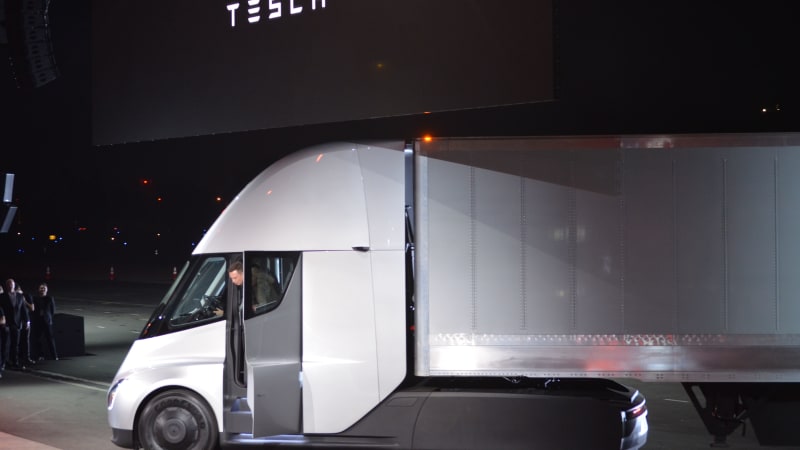 Tesla chief Elon Musk tweeted on Tuesday that supply constraints related to battery cells are making it difficult to scale up production of its long-delayed Tesla Semi electric commercial truck, sending the company’s shares down over 2%.

“Demand is no problem, but near-term cell supply makes it hard to scale Semi. This limitation will be less onerous next year,” the billionaire entrepreneur said.

Musk‘s statement was in response to a tweet which referred to a news report about the electric carmaker receiving an order for ten Semi trucks from MHX Leasing.

Demand is no problem, but near-term cell supply makes it hard to scale Semi. This limitation will be less onerous next year.

When Musk unveiled the prototype of the futuristic, battery-powered Semi in 2017, he said the Class 8 truck would go into production by 2019. That timeline was later pushed to 2021 and the company said it expects to start delivering the model too.

Last week, Musk suggested that the bottlenecks would cause the mass production to be delayed until 2022.

News website Electrek reported last week that PepsiCo was expecting 15 Tesla Semi trucks by the end of the year.

The carmaker’s shares were last down at $598.80 before the opening bell on Tuesday.