They may not be household names, but these six Black inventors and entrepreneurs revolutionized the automotive industry and should be recognized for their efforts. From becoming the first Black American to own a “Big Three” dealership, inventing the fundamental structure of an automatic transmission, creating the traffic light, designing an iconic Bronco, breaking the boundaries of NASCAR or being the first and only Black automaker. These were pioneers whose names will be forever engraved into the history of the automotive industry. 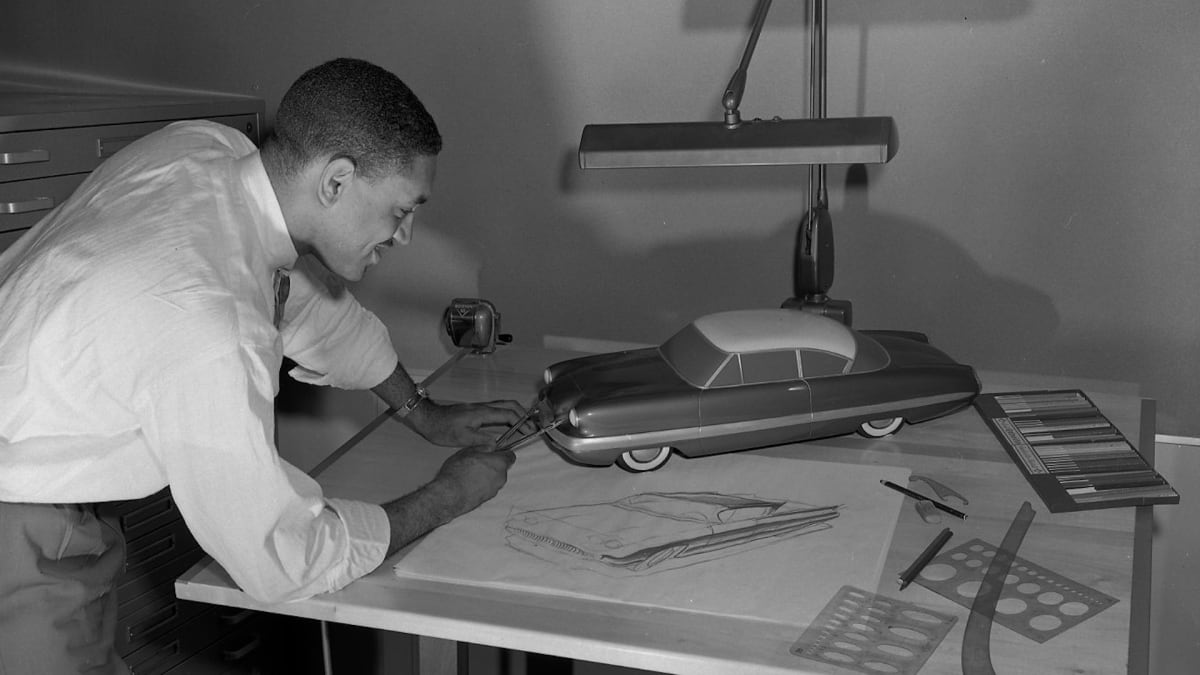 Thompson was hired as Ford’s first Black designer in 1956, after earning his degree in transportation design at the ArtCenter College of Design in Pasadena, Calif. While Thompson was not the designer of record for Ford’s game-changing 4×4 Bronco, he penned early sketches that are now instantly recognizable as inspiration for the final product. He also contributed to the design of the Ford Mustang and GT40 race car. McKinley’s role in the original Bronco’s design was relatively unknown until Ford archivists began to dig for materials as part of the nameplate’s revival. The discovery of those early Bronco sketches led Ted Ryan, Ford’s chief archivist and heritage brand manager, to make the connection. 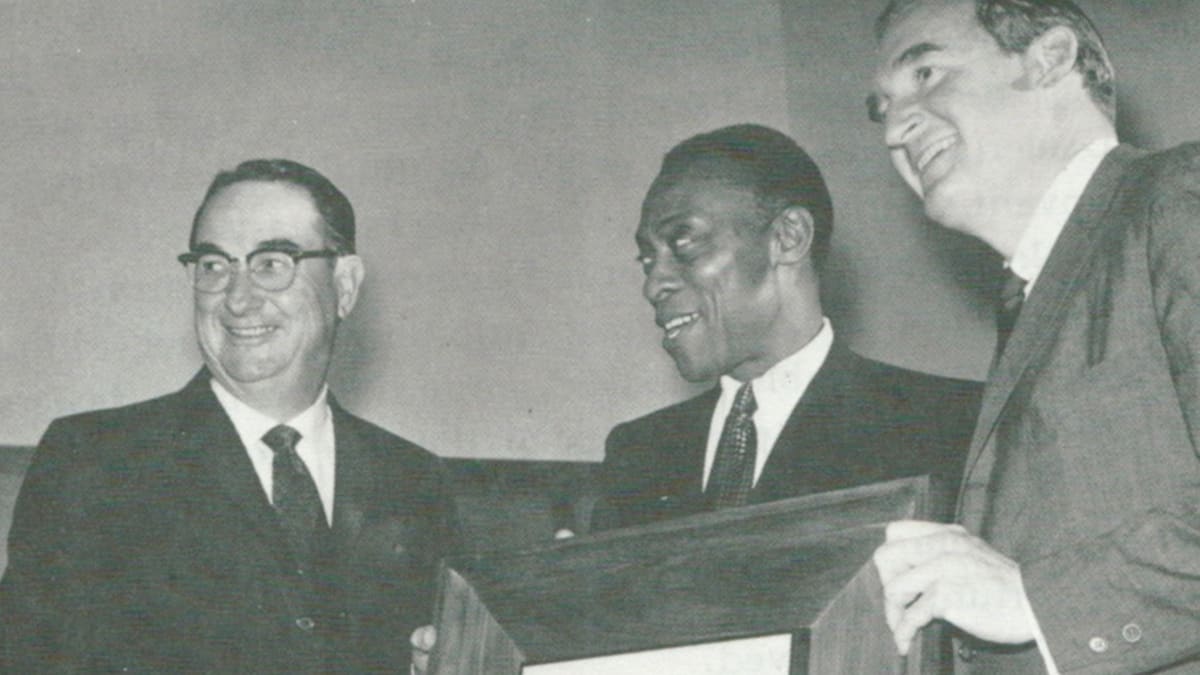 According to the Automotive Hall of Fame, Davis is the oldest of 10 and grew up in Louisiana. His love for cars began at a very young age when he would submerge himself into studying every inch of his father’s Ford Model T. As he got older, his love of cars took a step back as he began to seek employment, but due to lack of opportunities for minorities Davis had to seek outside his home town of Shreveport, Louisiana. After his mother’s passing, Davis convinced his father to move with his aunt in Detroit, and in 1929 he ventured off for better opportunities.

After graduating from Cass Technical High School to become an accountant, Davis found himself again struggling to find employment. During this time, Davis opened and operated his own service garage using his knowledge and love of cars. A Dodge plant supervisor was a regular customer of his and offered Davis a job working at the Dodge Hamtramck assembly facility, and in 1936 the Dodge supervisor’s son would open a Dodge dealership where Davis ended up being a dealership sales leader.

Davis then ventured off in 1938 and began Davis Motor Sales, where his business caught the eye of the Studebaker Corporation and was awarded a Studebaker dealership selling 50 Studebakers a month. But Edward Davis’ success was short-lived as Studebaker filed for bankruptcy and Davis began the long journey of acquiring a franchise from the “Big Three” (GM, Ford, Chrysler) but was denied due to the color of his skin. In 1963, after nearly seven years of trying to acquire a “Big 3” franchise, Davis was awarded a Chrysler-Plymouth franchise located in Detroit. He was the first Black American to own a new car dealership, and in 1996 Davis would be the first Black American to be inducted into the Automotive Hall of Fame. 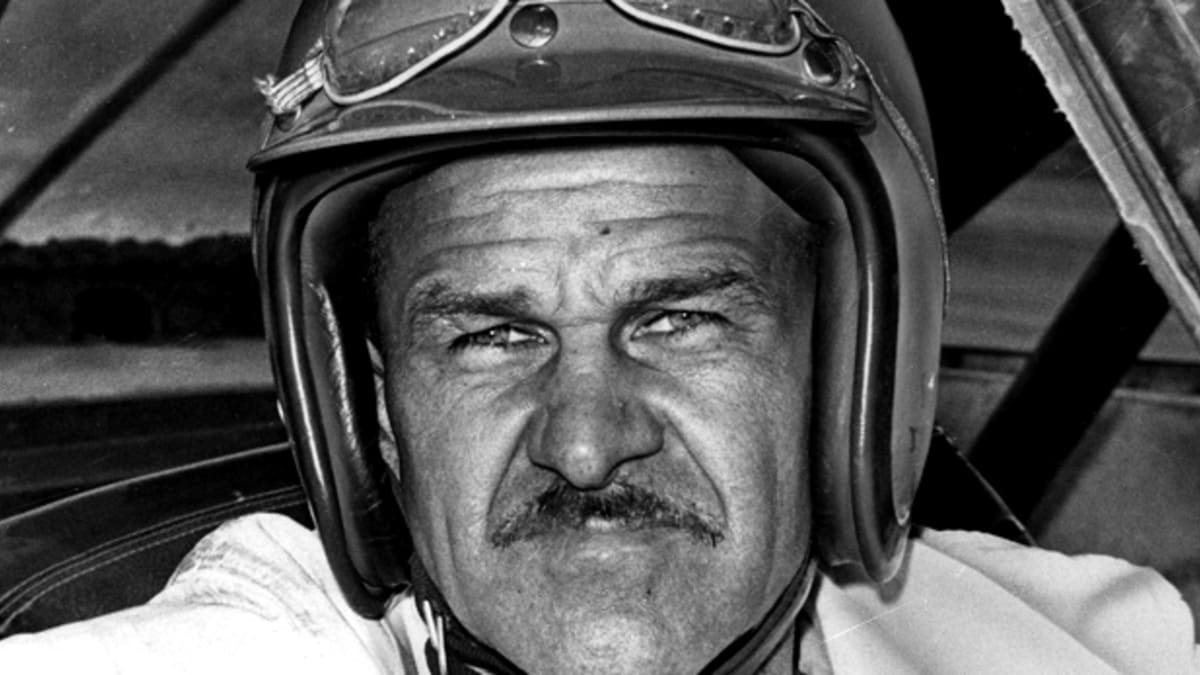 Wendell Oliver Scott was the first Black American full-time competitor in NASCAR history. During the period of the Civil Rights Movement, Wendell Scott loved nothing more than to grab the steering wheel and go as fast as he could on the race track. According to ESPN’s film on the driver, the Dixie Circuit was financially struggling and couldn’t fill its seats at the track, and as a promotional design, they began looking for a Black person to compete in their races. Due to Wendell’s history of speeding tickets, he was asked to participate in the events, where he dazzled the crowd with his stunning maneuvers on the track. 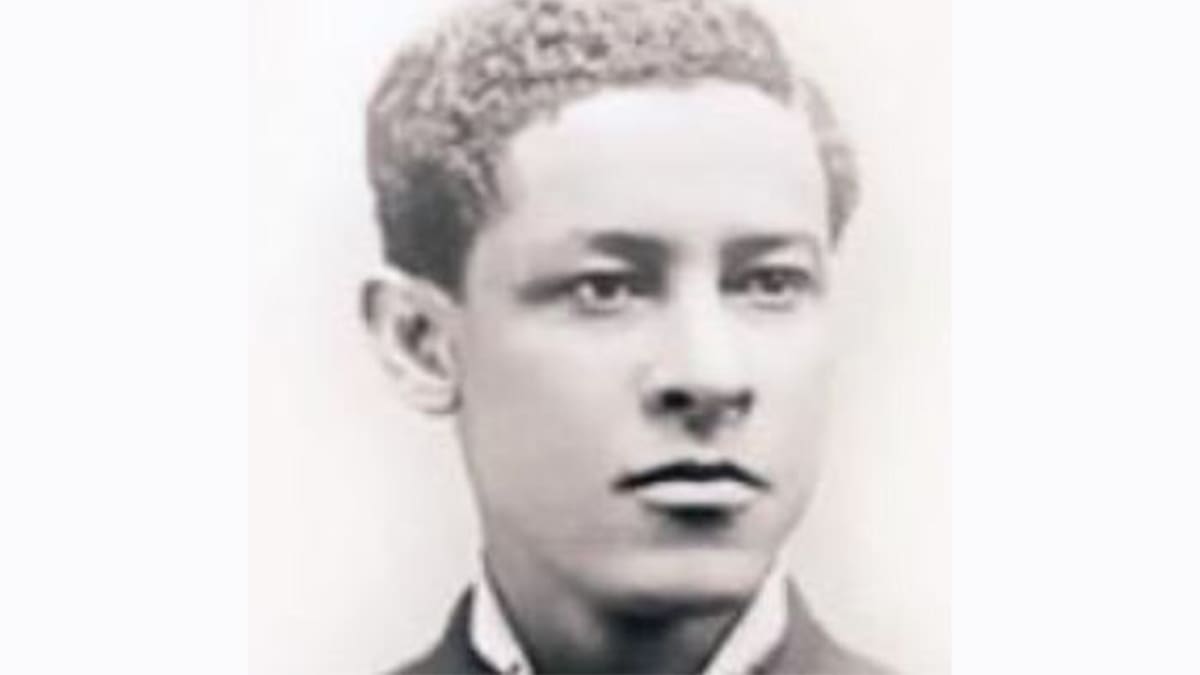 Spikes was a genius inventor who holds eight patents, awarded between 1907 and 1946. According to BlackPast, his inventive work came from his experience as a mechanic, saloon keeper, and a barber. These three occupations would inspire Spikes to create and develop patents for the beer tapper that is being used today, brake testing machine, milk bottle opener and cover, and many more. But his most influential invention is the Automatic Gear Shift Device that created the fundamental structure of what is known today as the automatic transmission. He is also known for developing and creating automobile turn signals, but there is no patent record on file of his involvement. 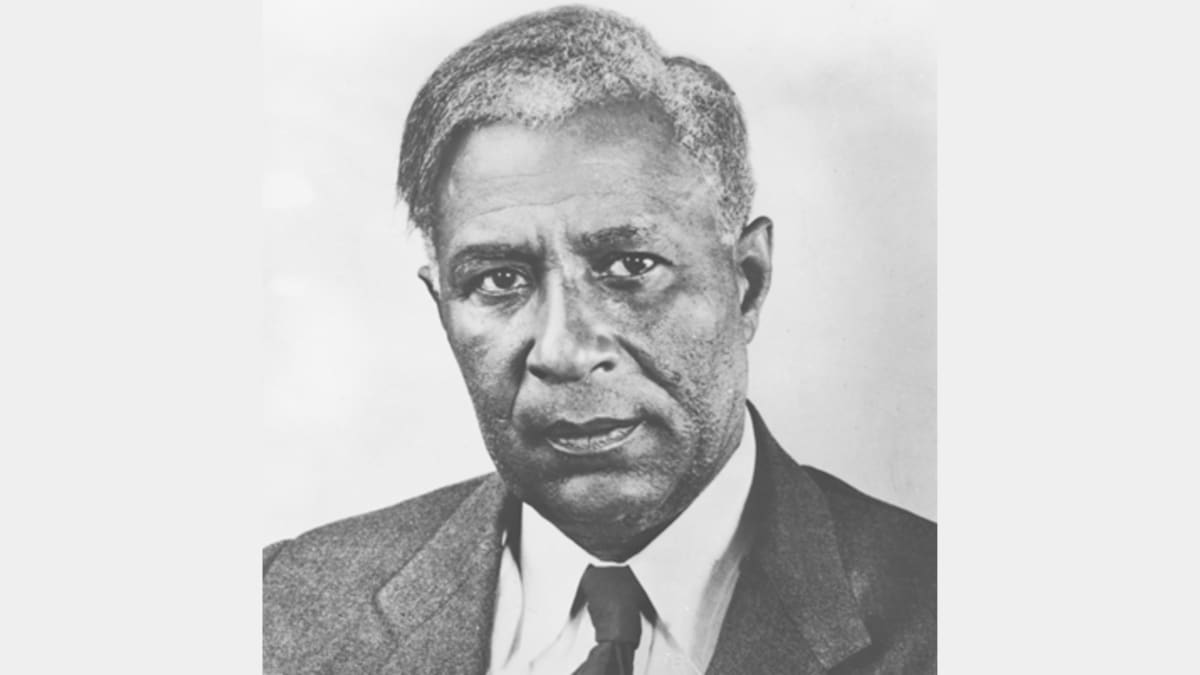 The son of former slaves, Garrett Morgan was a prolific entrepreneur and inventor. He owned multiple businesses including a sewing machine repair shop, tailoring business, and a newspaper to name a few. As an inventor, he created the gas mask, zigzag stitching device, and much more. However, in 1923 one of his most important patents was awarded: the traffic light. It was a T-shaped warning light that helped direct the flow of traffic. His inspiration to create this system came after he witnessed a fatal car crash. Morgan would later sell his patent to General Electric for $40,000. His T-shaped invention created the infrastructure of modern traffic lights that we know and rely on today. 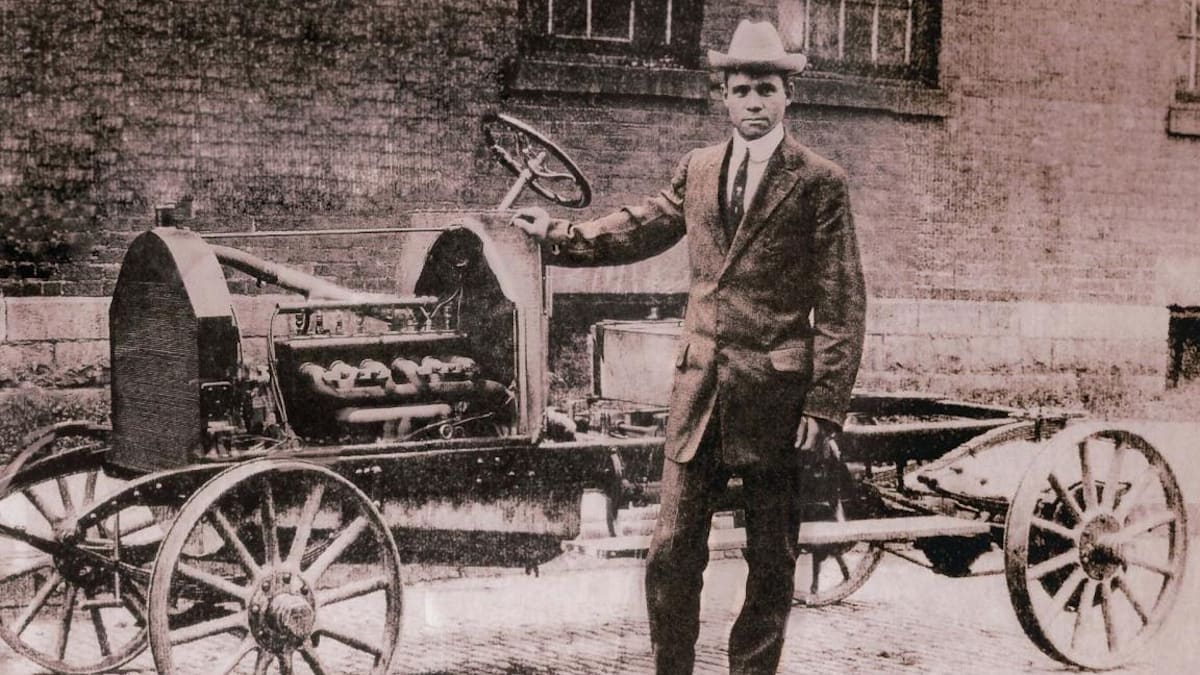 C.R. Patterson and Sons may not be a familiar name to many, but this small automobile manufacturer is the first and only African American-owned car company. Charles Richard Patterson was born as a slave on a Virginia plantation in 1833. Twenty-eight years later, in 1861, Charles escaped the plantation and traveled to Greenfield, Ohio, to begin a new life. In 1873, he partnered with carriage manufacturer J.P. Lowe and began the successful business of manufacturing horse carriages. Charles then bought out Lowe’s shares of the business and re-established the company as C. R. Patterson and Sons in 1893, with his oldest son, Frederick, taking on more of an ownership role.

In 1910, Charles Richard Patterson died and left the business to Frederick, who quickly began converting the company into an automobile manufacturer. The hard work of shifting the scope of the business culminated in the introduction of the Patterson-Greenfield automobile in 1915. It was sold for $685 and featured a four-cylinder Continental engine that competed with Ford’s Model T. Unfortunately, like many smaller automobile manufacturers of this time, C. R. Patterson and Sons could neither match the speed of Ford’s manufacturing nor its economies of scale. In 1939 after the Great Depression, C. R. Patterson and Sons was forced to close its doors for the last time.

Although the story of C. R. Patterson and Sons is not widely known, it was a multi-generational success story, securing Charles’ and Frederick’s place in the automotive history books. The Greenfield Historical Society has a C. R. Patterson buggy which looks to be kept in great condition. You can learn more about the business and these inspiring individuals by checking out the National Museum of African American History and Culture and The Smithsonian or by checking out the book “The C. R. Patterson and Sons Company: Black Pioneers in the Vehicle Building Industry, 1865-1939.”