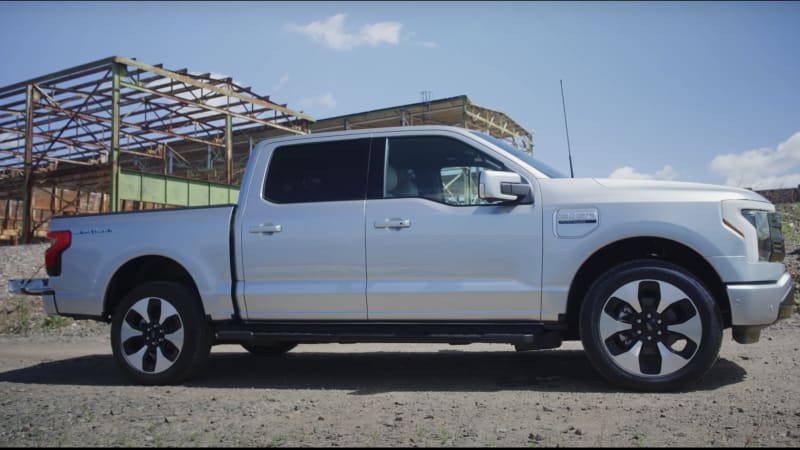 Underpromise and overdeliver. That’s a strategy that product planners rely on, even in the automotive world. Back in muscle car days, automakers would install huge high-compression V8 engines that actually produced a lot more power than was advertised. More recently, BMW is believed to have underrated the turbocharged inline-six-cylinder engines used in many of its vehicles, and Porsche’s Taycan electric vehicle is known to deliver significantly more range than its official rating. Now, according to well-known tech YouTuber Marques Brownlee, the Ford F-150 Lightning’s range is likely to be way better than advertised.

Ford is quoting the range of a fully charged Lightning at 300 miles, but, according to Brownlee, that’s with 1,000 pounds of payload in the bed. We have zero confirmation of this fact from the automaker (though we’re keenly interested to hear it for ourselves), but to back up this claim, Brownlee shows on video that the truck he toured displayed 367 miles of available range with about 80% of full capacity available. Do the math and that means the Lightning Brownlee sat in ought to boast around 460 miles or range on a full charge.

The truck featured in the video above is a high-end Platinum-grade model that is fitted with the extended-range battery pack. The base battery in the Lightning carries a manufacturer-estimated range of 230 miles, so it will be interesting to see if this additional actual range could extend to the standard-range pack, too. In any case, the Lightning looks to be an impressive product from the Blue Oval, and one that could potentially be one of the vehicles that finally tilts the buying equation in the direction of electricity in the minds of new-car buyers.