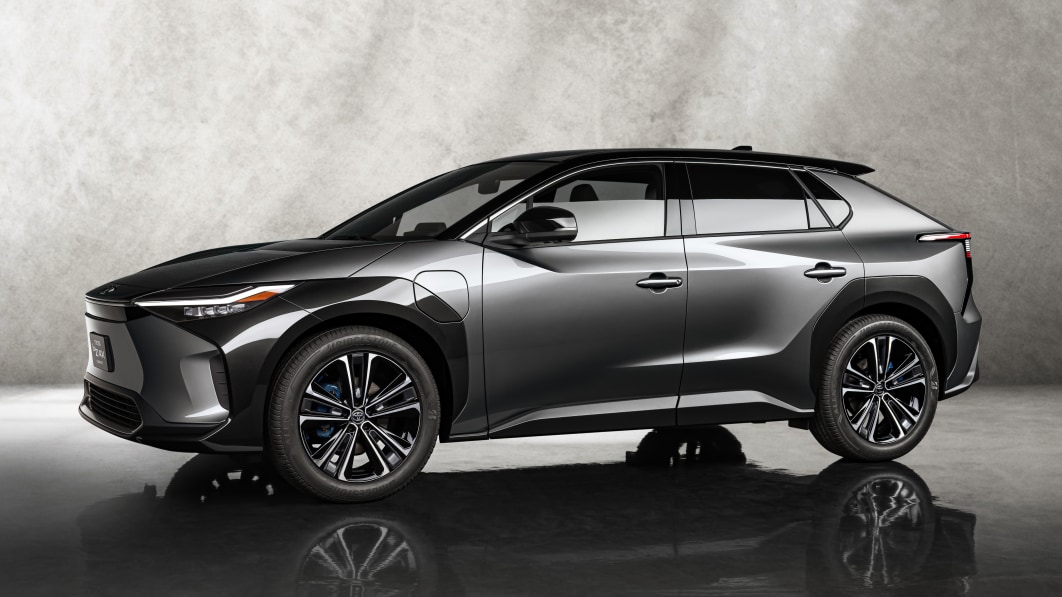 The barrage of Toyota news continues today with the U.S. debut of the Toyota bZ4X BEV Concept. Yes, it’s still in concept form, and that means Toyota has very little to share that hasn’t already been released.

There are still no details concerning specs. Toyota did say it will share more info on the production version of the bZ4X later this year, though. Also new: We got an estimated sales time of 2022. The year of 2022 is as specific as Toyota is getting right now, so this crossover could theoretically begin sales at any point next year — let’s hope it’s sooner rather than later.

Everything else is simply a repeat of what Toyota talked about previously. The car was jointly developed with Subaru, has all-wheel drive and is riding on a new e-TNGA platform. We know it’s about the same size as a RAV4 and that Toyota plans to introduce seven more models with the bZ moniker by 2025.

Beyond this, the photos are all we have to go on. The pictures Toyota released today are actually the same as what was released previously — Toyota simply changed the background color. That means that there’s even nothing new to see. Regardless, we’re glad to see the bZ4X BEV Concept on our shores, as Toyota says it’s now living at its North American HQ in Texas. There will be more to learn in this space as the year goes on, so stay tuned.