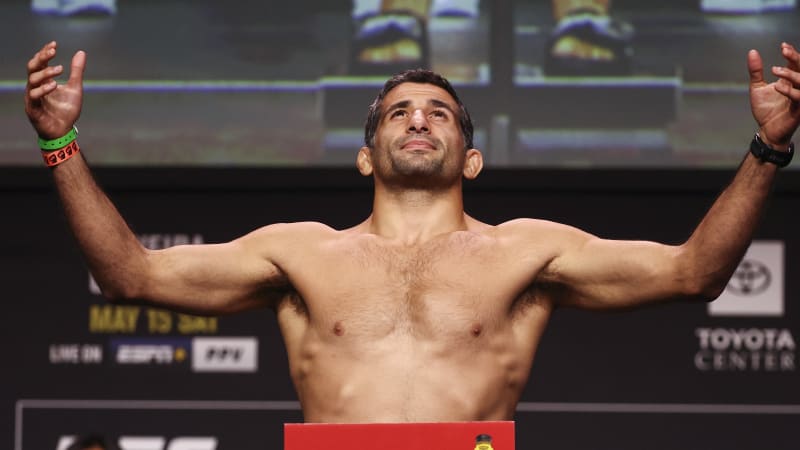 Beneil Dariush waited six months for Tesla to deliver a car he had ordered and decided to speed up the process by calling out the company’s CEO Elon Musk immediately after his UFC 262 lightweight bout with Tony Ferguson last weekend.

“I’ve been waiting six months. I’m having a baby, I need a good car, I’ve got to protect my daughter. Let’s go, Elon. Get me my car.”

The call-out begins at about 1:20 in the video above

Musk apologized to the fighter on Twitter and sent a loan Tesla out to him until his new vehicle is delivered.

Dariush’s manager Ali Abdelaziz posted a picture of the 32-year-old fighter on Twitter with the loaned car.

@elonmusk came through for @beneildariush with a free car until his order is ready. Elon is a gangster @ufc pic.twitter.com/ypl9CLoTuw

Dariush said he woke up on Sunday to messages from several Tesla dealerships around his home in Southern California asking him to return their calls, ESPN reported.

“I’m like, ‘I think I’m getting scammed,'” Dariush told ESPN. “I didn’t overthink it. I just ignored it. Then, I hear about how Elon replied to my callout. I said, ‘Oh my gosh, these people might be real.’

“We called them back and they said to just come in and they’d get it all fixed up. I was like, ‘That’s it? Just come in? I’ve been calling you guys for months.'”

(Reporting by Shrivathsa Sridhar in Bengaluru; Editing by Peter Rutherford)