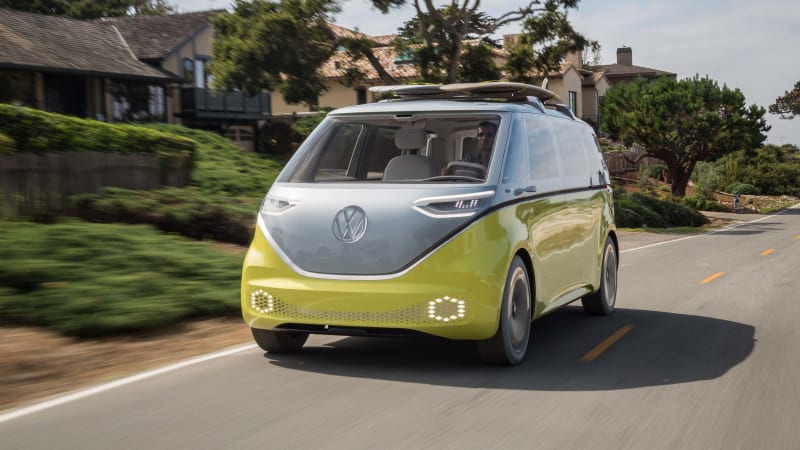 Volkswagen Group is gearing up to make and sell considerably more electric vehicles in North America because of President Joe Biden’s $174 billion plan to accelerate the move to electric cars.

The Biden administration has created a new proposition for EVs in the market, VW brand development chief Thomas Ulbrich told reporters in Munich.

VW is drafting plans “to realign to this in a massive way,” Ulbrich said. A final decision is set for later this year during the manufacturer’s annual investment review, and the updated U.S. electric-car strategy is currently “being worked out,” he said.

Europe’s largest automaker is in the midst of arguably the most aggressive push into EVs by a traditional automaker, with plans to launch about 70 battery-powered models by the end of the decade. Peers from Toyota to Ford have followed suit in recent months. On Wednesday, General Motors raised planned investments in future technology for a second time in eight months to $35 billion.

VW plans to churn out vehicles based on its dedicated electric-car platform at eight factories worldwide by 2022, with Europe and China accounting for the biggest chunk of production. So far the only model to be built in North America from next year is the ID.4 crossover at VW’s sole U.S. factory in Chattanooga, Tenn.

The ID.4 spearheads the global rollout of VW-branded electric cars after last year’s bumpy introduction of the ID.3 hatchback, which primarily targets European customers. VW is adding the ID.5 crossover later this year and the seven-seat ID.6 in China in the fall. Plans for a subcompact EV below the ID.3 priced at less than 25,000 euros ($29,800) have been pulled forward by two years to 2025.

Andreas Krueger, VW’s head of electric mobility, said the brand plans to make a mid-sized station wagon code-named AeroB in 2024 to broaden its lineup further. VW’s electric-car architecture for mass-market vehicles will be improved for battery ranges of as much as 453 miles and faster charging, he said. This improvement will include so-called bidirectional charging, allowing the vehicle battery to service as power storage and feed energy back into the grid.

Besides growing the ID lineup, VW is working on a new car — code-named Trinity — to help narrow the gap with Tesla on software. Due to be launched in 2026, the vehicle will be made in a highly-automated factory that’ll pit VW’s biggest plant in Wolfsburg against Tesla’s first European site under construction outside Berlin. It will offer automated driving and a range of new digital features.