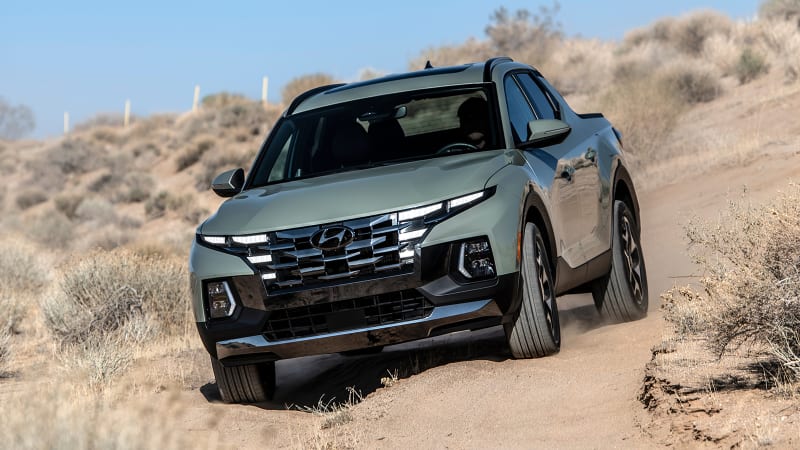 The 2022 Hyundai Santa Cruz was a long time coming. The concept was revealed at the 2015 Detroit Auto Show, which means it took six years for Hyundai to bring out a production model. You, like us, may be wondering what took so long. We asked Hyundai North America’s senior manager for product strategy and regulatory compliance, Gilbert Castillo, and he gave us answers.

Castillo started off by saying that when the original Santa Cruz concept was launched it had a great reception with a lot of people interested in it. And as other Hyundai product planners pointed out, a small pickup was a product that had generally vanished, and therefore could be an interesting opportunity. So the company began to consider and work out how they could pull off such a vehicle.

Castillo explained that the problem was the platform they were working with. At the time, the plan was to use the previous generation Tucson crossover platform. The team developing the truck discovered they would have to make many compromises to use the now-old platform and weren’t going to meet internal targets for the truck.

Instead of trying to put out a subpar truck, the Santa Cruz was put on hold for the next Tucson. And as development began for the crossover, the platform was developed with the idea of adapting it to a truck later, giving us the pickup design we saw unveiled today. And as you can see, the truck has changed a fair bit, taking on more styling cues from the Tucson that provided its platform. It also picked up a larger rear seating area than the concept, which Hyundai product planners felt would be more appealing to buyers. Considering the popularity of crew cab pickups, we think they’re probably right.

So there you go, the Santa Cruz took a while because Hyundai wanted to get it just right, and that took a new generation of small crossover. We’ll have a chance to tell first hand if Hyundai has a winner with the Santa Cruz later this year when we can finally drive one, but on paper it definitely seems interesting.

There’s the potential for it to become even more interesting. Because the Santa Cruz shares its platform with the Tucson, there’s some interesting powertrain potential. The crossover already offers a plug-in hybrid variant, and when asked, Hyundai representatives confirmed that the platform does support not just hybrid, but potentially full electric and fuel cell powertrains. They wouldn’t comment on plans for adapting any of these powertrains to the Santa Cruz, but it seems like it wouldn’t be terribly difficult if there’s demand.